Tanner's trees are planted and little library installed at park 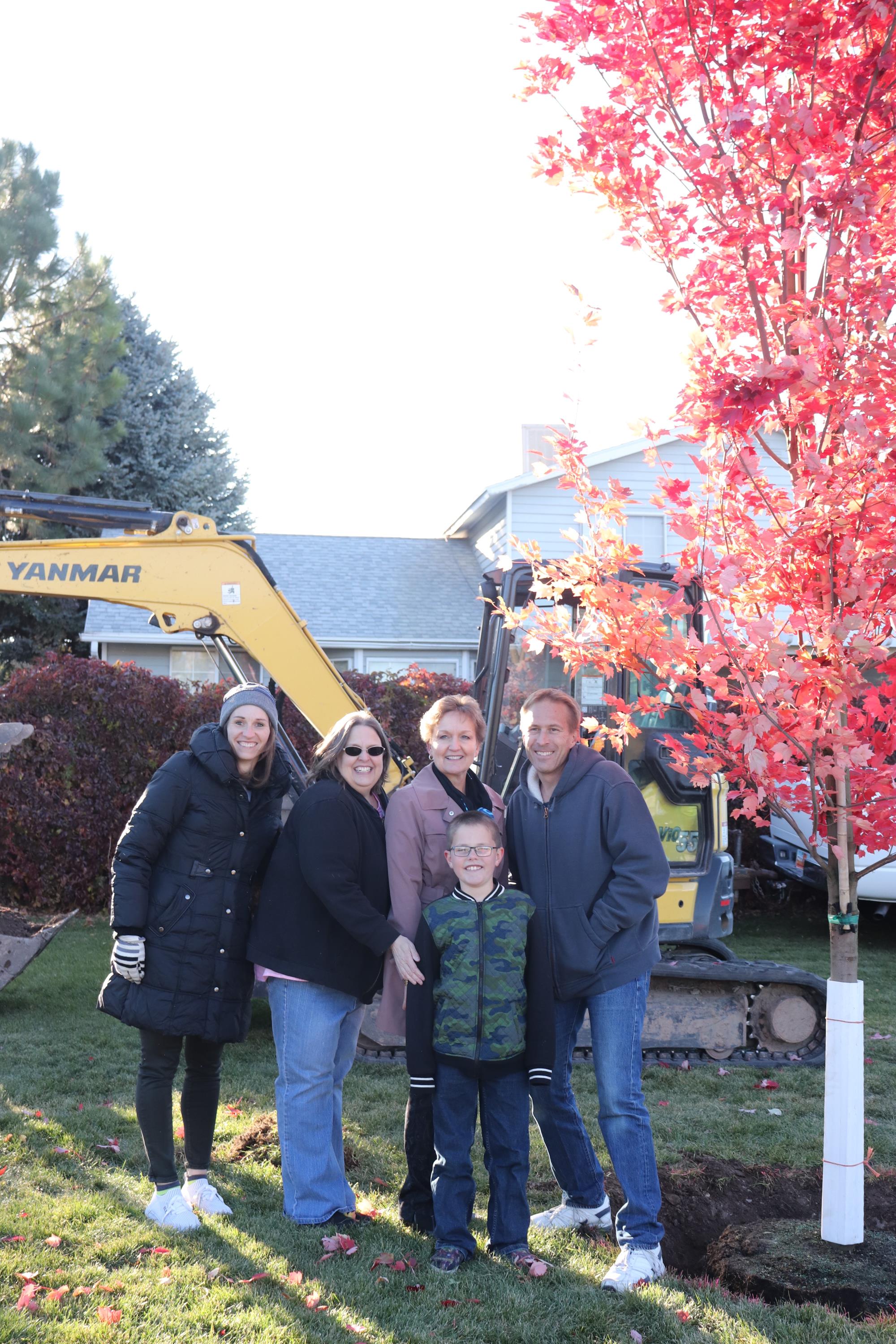 "Oh, wow," he and his friends exclaimed, applauding as city workers placed the first one into the ground. The trees were planted on the evening of Oct. 10 at Bennion Park after Tanner raised more than $725 from a root beer float stand to bring more shade to the park. The city matched Tanner's donation and Mountain America Credit Union pitched in another $300.

Tanner, who is a third-grader at Bennion Elementary, put up the root beer float stand in his front yard during the summer after playing at the park and finding there was not enough shade. He thought about what he could do and decided to raise some money for trees by selling root beer floats. Tanner's parents said they were grateful for the overwhelming generosity of their neighbors who all wanted to support Tanner's cause. Tanner's mother, Jennifer Cowley, said one person put $50 into Tanner's root beer stand jar and didn't even want a float.

Tanner's mother, father, and grandmother were beaming with pride at the informal tree planting ceremony held at the park where Mayor Kristie Overson thanked Tanner for his good work. "We're all here because of you," she said.

Council Member Meredith Harker also unveiled a new "little library" that her son Mitchel built as his Eagle Scout project, and two new green metal benches from the city were installed on either side of the book-share. 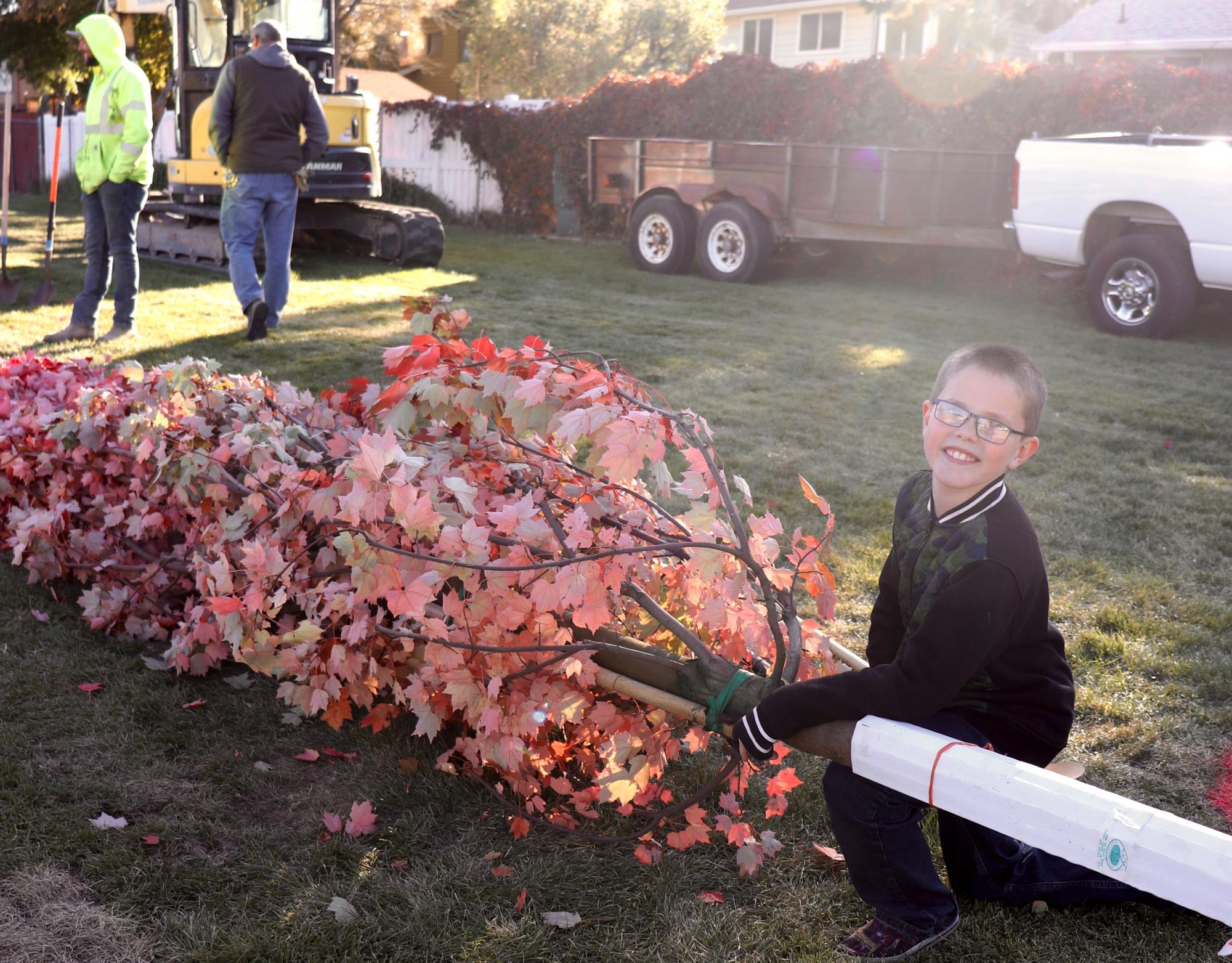 "What a wonderful addition to the park," Mayor Overson said. "Thank you to everyone for your support and helping to make Tanner's vision a reality."

See a photo gallery of the tree-planting event here.