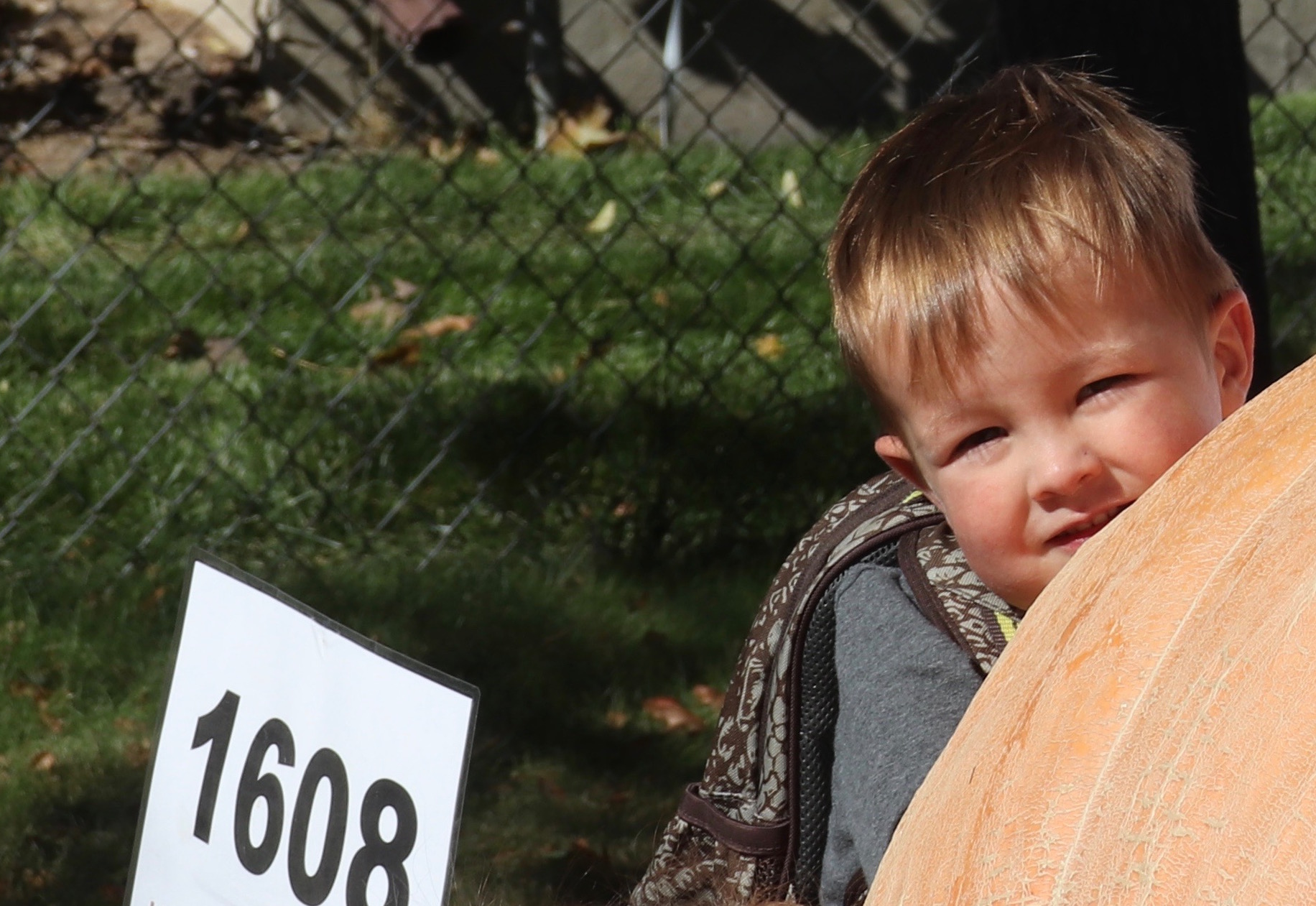 Taylorsville residents Andrew and Yvonne Israelsen babied the pumpkin for months — planting it as a seed, then watering and measuring and turning it just right so it would take shape while not breaking off the vine. It was a labor of love that paid off. The pumpkin grew enormous, even weighing in as the state's largest this year and the biggest ever grown in the state of Utah outside a greenhouse.

The Israelsens grew the pumpkin in their backyard before moving it to the front yard for display, using a neighbor's backhoe along with a "pumpkin sling" with cables at the bottom and hooks at the top to get it there.

"It's always a big party for the neighborhood," said Andrew. 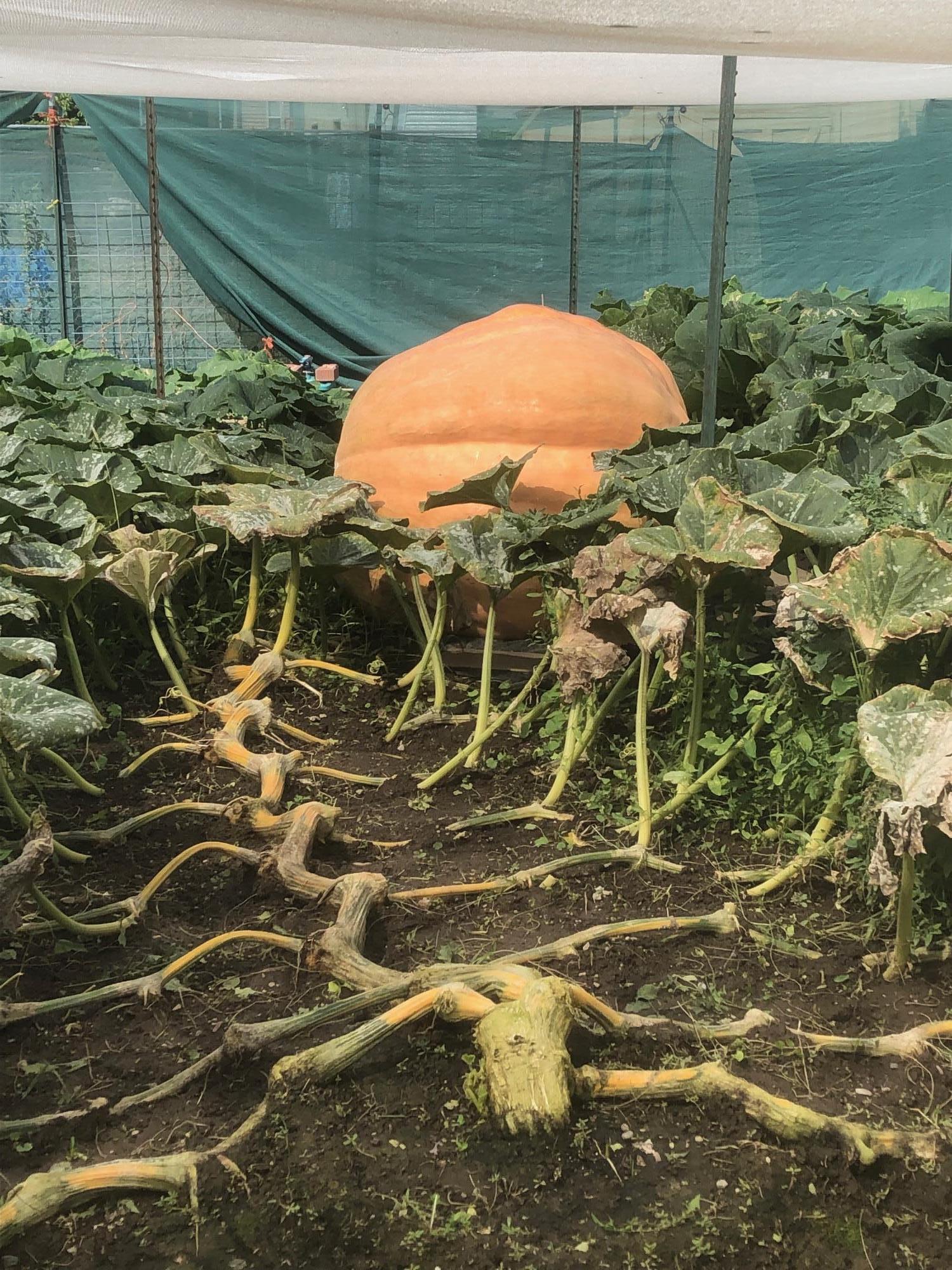 The Israelsens displayed the pumpkin for several weeks in their front yard on Surrey Road before it was scheduled for carving by a professional ice-sculpture artist, representing America First Credit Union, on Oct. 25 at Station Park mall in Farmington.

Several classes from nearby Calvin Smith Elementary delighted in seeing the pumpkin during recent walking field trips to the Israelsens' home. The students in one kindergarten class tapped on the top of the giant pumpkin after learning more from Andrew about how it was grown.

Andrew Israelsen explained that he has grown pumpkins for many years. In fact, he started hosting neighborhood schoolchildren when his son, who is now a high school senior, was in kindergarten. This year's 1,608-pound behemoth is actually the second of his pumpkins to claim the title of largest in the state. His other winning pumpkin was grown 10 years ago, weighing in 919 pounds.

In past years, he has taken his large pumpkins to the Hogle Zoo for the elephants to eat. "The baby elephant loved it," he told the schoolchildren. He and his children took turns paddling in their pumpkin one year at the annual Ginormous Pumpkin Regatta at South Jordan's Daybreak where the gigantic pumpkins are hollowed out to make into boats. Another year, they took a 250-pound pumpkin they grew to the Salt Lake County Fair.

This year's pumpkin claimed its winning title in September at the Utah Giant Pumpkin Growers Weigh Off at Thanksgiving Point, which draws pumpkin growers from the state and region, including Idaho, Wyoming and Montana. The seed for the Israelsens' giant pumpkin came from a pumpkin of a well-known Oregon grower, Steve Deletas, that weighed in at 2,170 pounds. It was pollinated from the plant of a pumpkin weighing 2,261 pounds.

"It's got really good genetics," Andrew said. "They all have pedigrees," Yvonne added with a laugh. 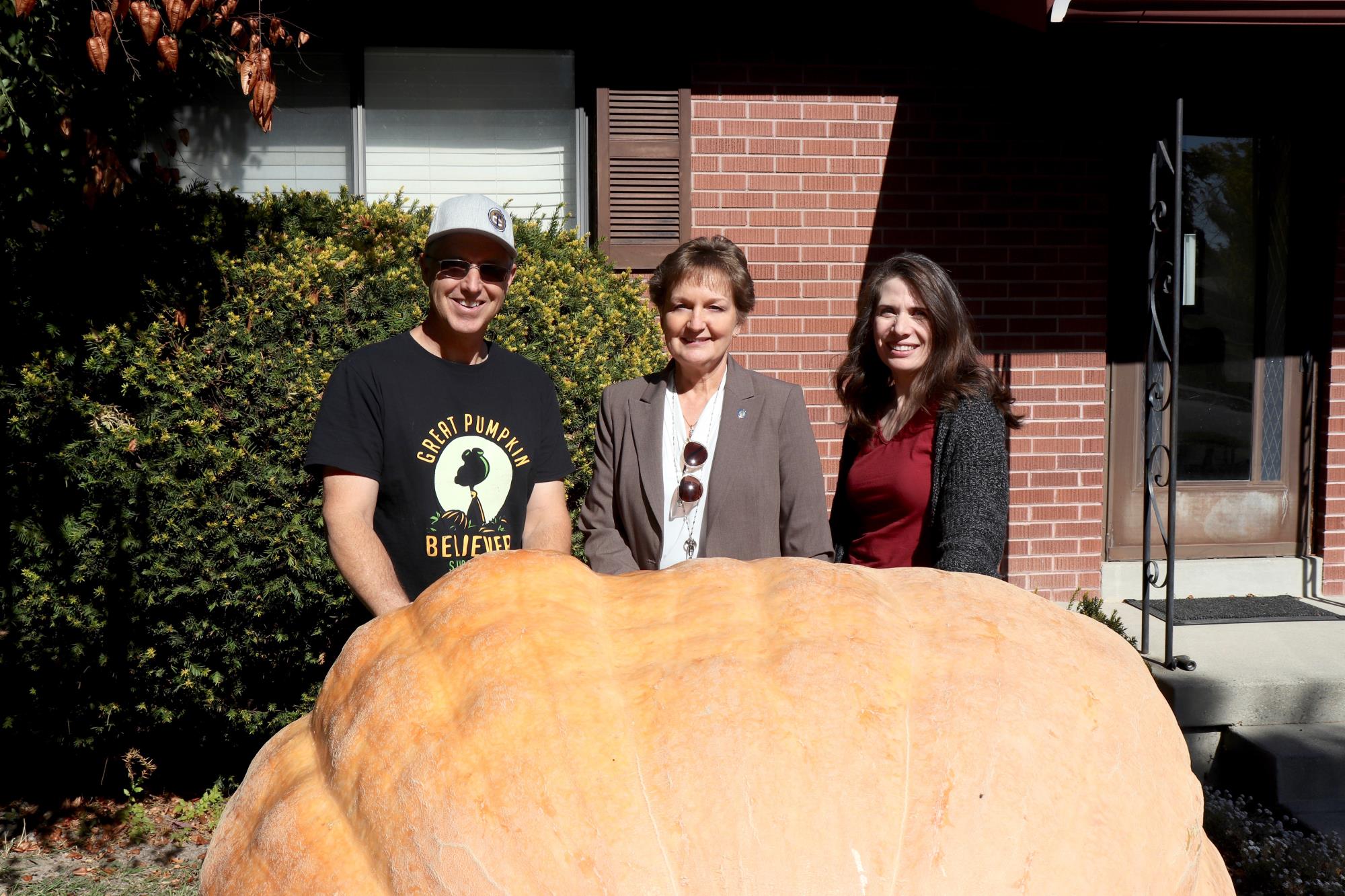 Mayor Kristie Overson took in the sight first-hand, recently visiting the Israelsens in their front yard where she gave them each a Taylorsville hat and pin in recognition of their efforts.

The giant pumpkins are started indoors from seed and then grown in a hoop house, which are removed after a couple of months so the plant can spread out. After its pollinated, a giant pumpkin grows about 35 pounds a day for three weeks. It is moved a little bit each day, keeping the pumpkin perpendicular to the vine. "You really have to get it in place before it reaches 100 pounds," Andrew said.

Andrew Israelsen started growing pumpkins about 23 years ago when, while living in West Valley City, he planted a garden. He and a friend decided to add a bit of competition by seeing who could grow the biggest pumpkin. After a few years, he heard about the Utah Giant Pumpkin Growers Weigh Off and started talking to other growers. "After that I was hooked," he said.

In 2000, the Israelsens moved to Taylorsville, where Yvonne Israelsen grew up, and have continued to grow the pumpkins because of the joy they can share with others.

"That's what pumpkins are for," Andrew said. "They make people happy."

View a photo gallery of the pumpkin display here. 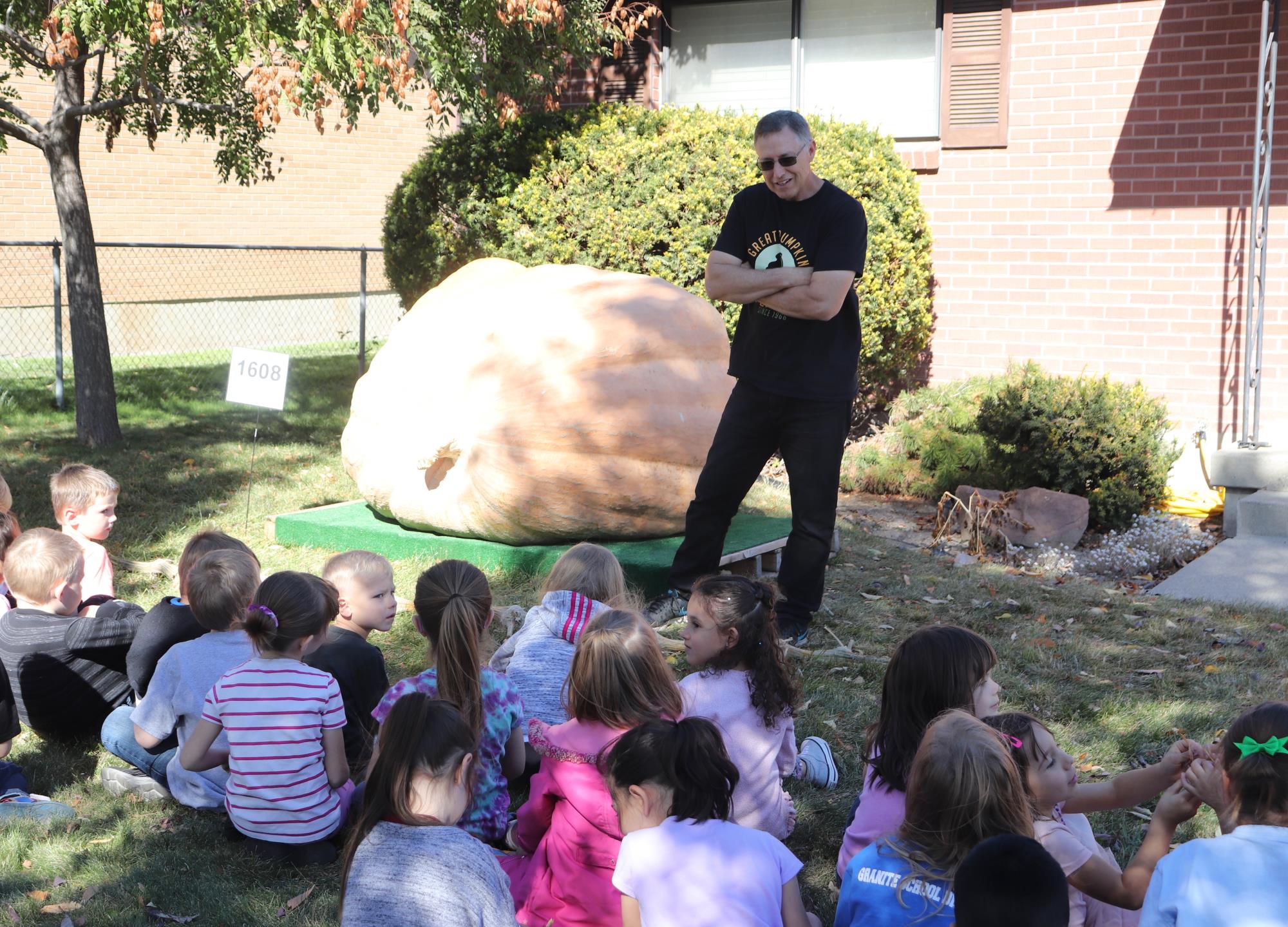