Residents give ‘remarkably good’ ratings to city in new poll 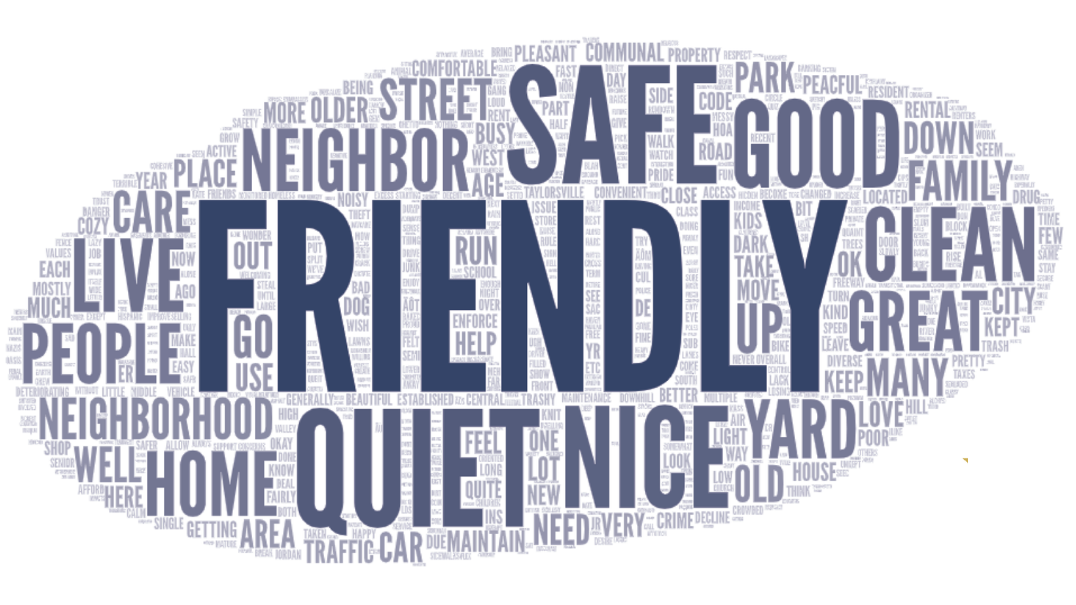 A new survey indicates that Taylorsville residents are happy with the way the city is being run and believe it is headed in the right direction. They are also highly likely to recommend Taylorsville as a good place to live.

The survey by Y2 Analytics was conducted from Oct. 22 to Nov. 25, 2019. Invitations to participate were sent via email and regular mail to 11,701 residents. In response, 937 residents ended up participating by completing online surveys, which is well within industry standards. The survey has a 3 percent plus or minus margin of error.

Overall, two-thirds of residents said the city is headed in the right direction, and indicated they enjoy a high quality of life in Taylorsville. Most also said the city is doing better than it was five years ago.

“For a baseline survey where we’re going to residents for the first time, to see all of these questions scored about 50 percent and, really, above 60 percent for the majority of them, it is remarkably good and surprising,” said Kyrene Gibb, vice president of research and municipal services for Y2 Analytics.

An overview of results was presented to the City Council at their Jan. 8 meeting and can be viewed here.

When asked about what they like about living in Taylorsville, residents pointed to location, proximity, and access to amenities, including accessibility to the freeways. The city is viewed as a family-friendly, positive place, Gibb said. Residents think of their neighborhoods as friendly, safe, quiet, nice, clean and with good people.

“All of these words are positive descriptions,” she said. “They are pretty forward-thinking evaluations.” 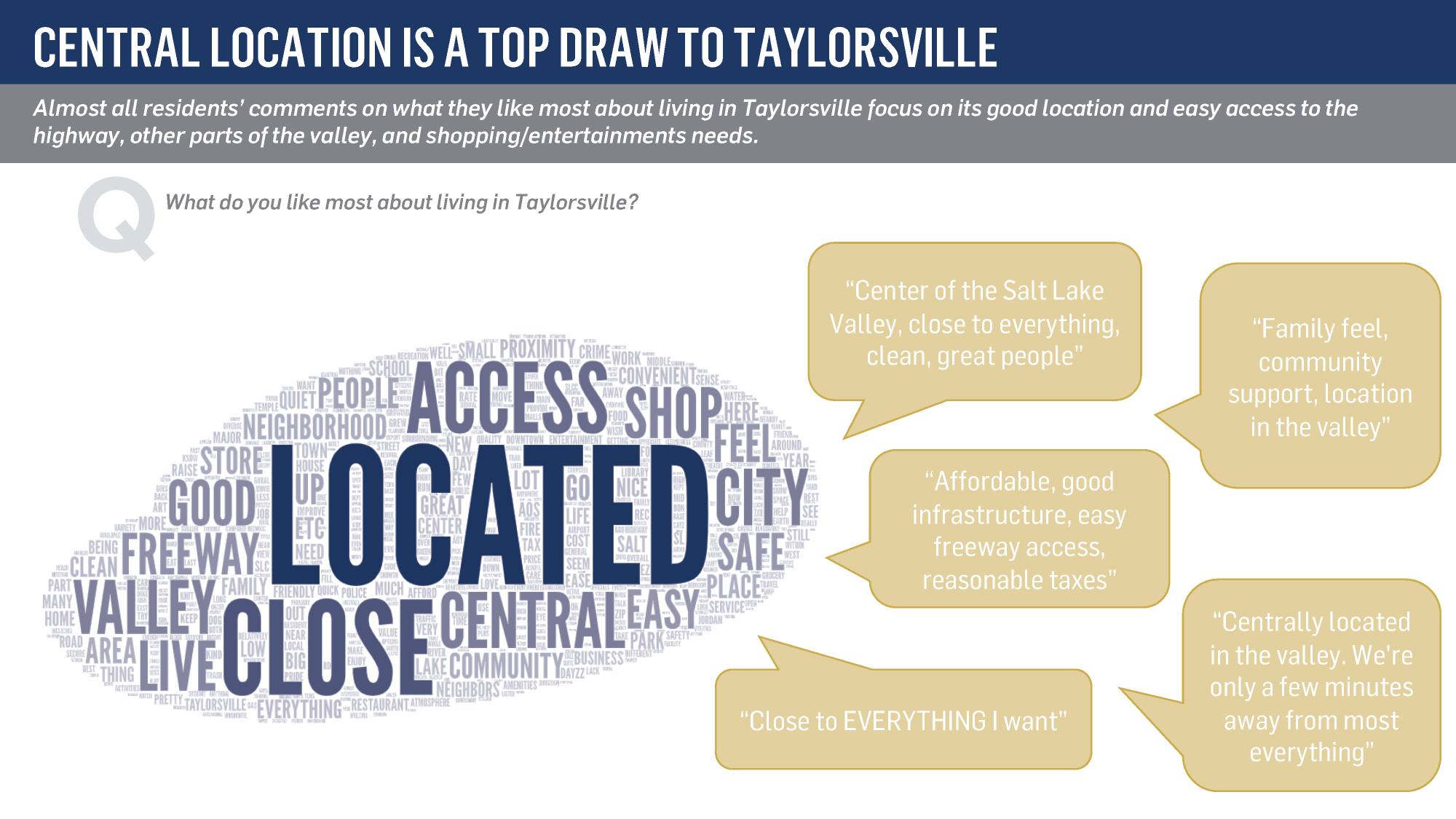 Residents also perceive an excellent or good value for their tax dollar. “The health of the city in the eyes of public opinion is quite good,” Gibb said.

Additionally, residents gave very high ratings to the job the city’s elected officials are doing, putting the approval rating of the Mayor and City Council at a remarkable 87 percent. “Part of this is a sentiment about levels of government,” Gibb said. “The government closest to the people tends to receive the most positive ratings. But also relative to other cities where we work, this is a remarkably high approval rating for elected officials so again that’s something commendable that I would point to.”

Gibb explained that a majority-level response indicates a positive reflection while a two-thirds majority is a decided consensus. "Once we get to that two-thirds mark I would say that’s a really solid, big-picture conclusion," she said. "To be at the point where you’re really 8 out of 10 or higher is an overwhelming majority.” 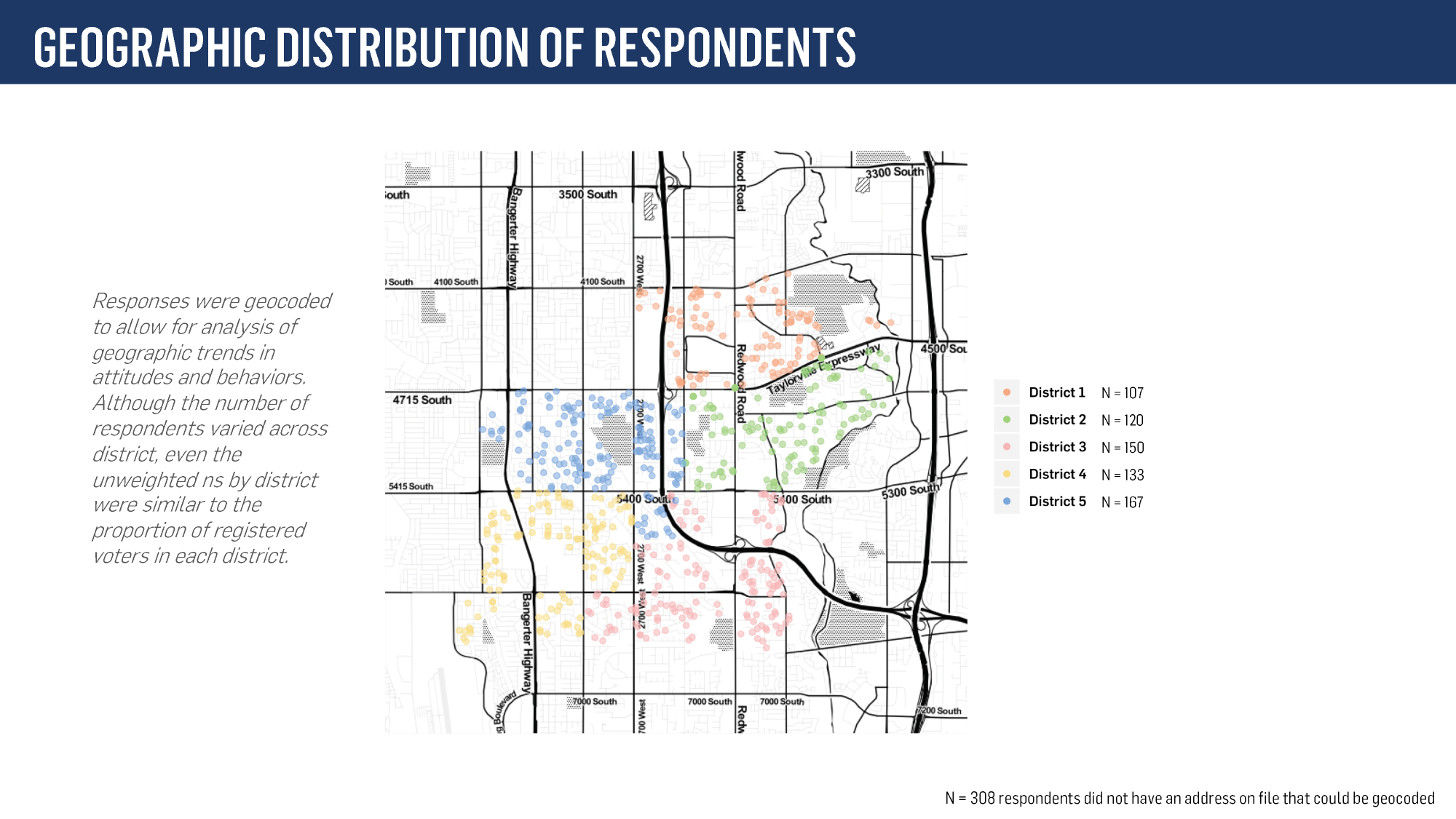 Mayor Kristie Overson described the survey as a wealth of information. “It is affirming to how we are doing collectively as a city but also helps point out to us how, as we move forward, we can improve,” she said.

“We are grateful for the positive responses and indications, as well as the confirmation from the survey that we are moving in the right direction,” Mayor Overson said. “We also sincerely appreciate the trust residents have placed in us and their validation. Looking forward, we remain strongly committed to this work and our focus as a city on continuing to make Taylorsville the preferred place to be.”

City Council Chair Meredith Harker agreed. “My favorite part of this is how positive the responses were, that most people said, ‘Yeah, I love living here. It’s a good place to live and raise our family.’

“My buttons are bursting a little bit,” she added. “It’s a good feeling and I feel like we’re on the right track, and we have more work to do obviously but it is a good place to be and I think we’ll just get better.”

Residents' main concerns, both now and looking into the future, were focused on traffic and growth. In relationship to new business, they would like to see more restaurants and supermarkets, Gibb said. If an additional recreational amenity could be added to the city, an indoor pool was the most popular choice.

Gibb said the survey provides an excellent baseline for additional tracking over time. She recommended that the city conduct additional surveying no more than quarterly. 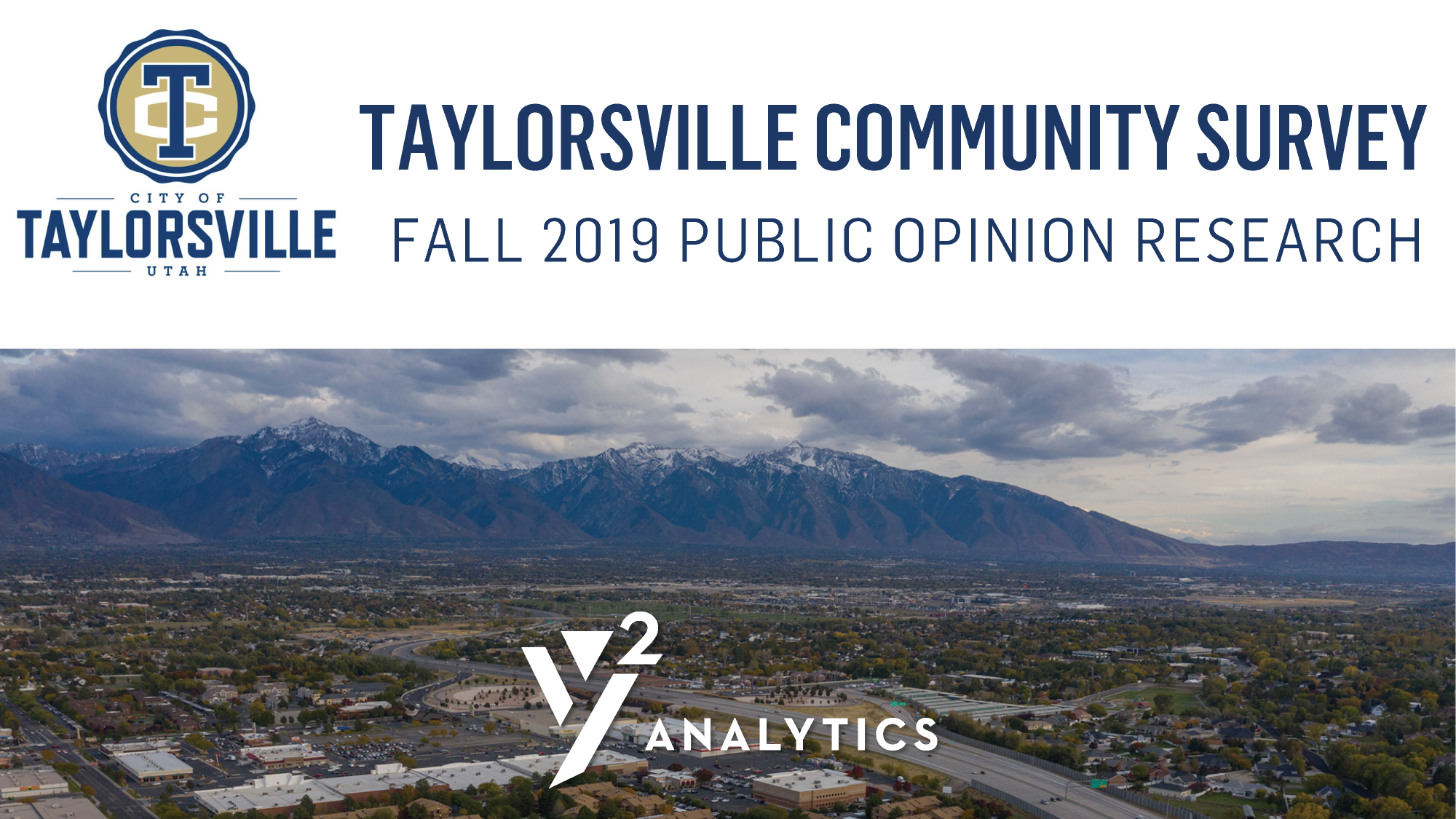