In keeping with social distancing requirements and gathering limits, the Millrace Dog Park, all park playgrounds and the Taylorsville Skate Park are closed. Yard sales also are prohibited at this time. See more information about the coronavirus here.

Workers are settling into their newly renovated space in Taylorsville 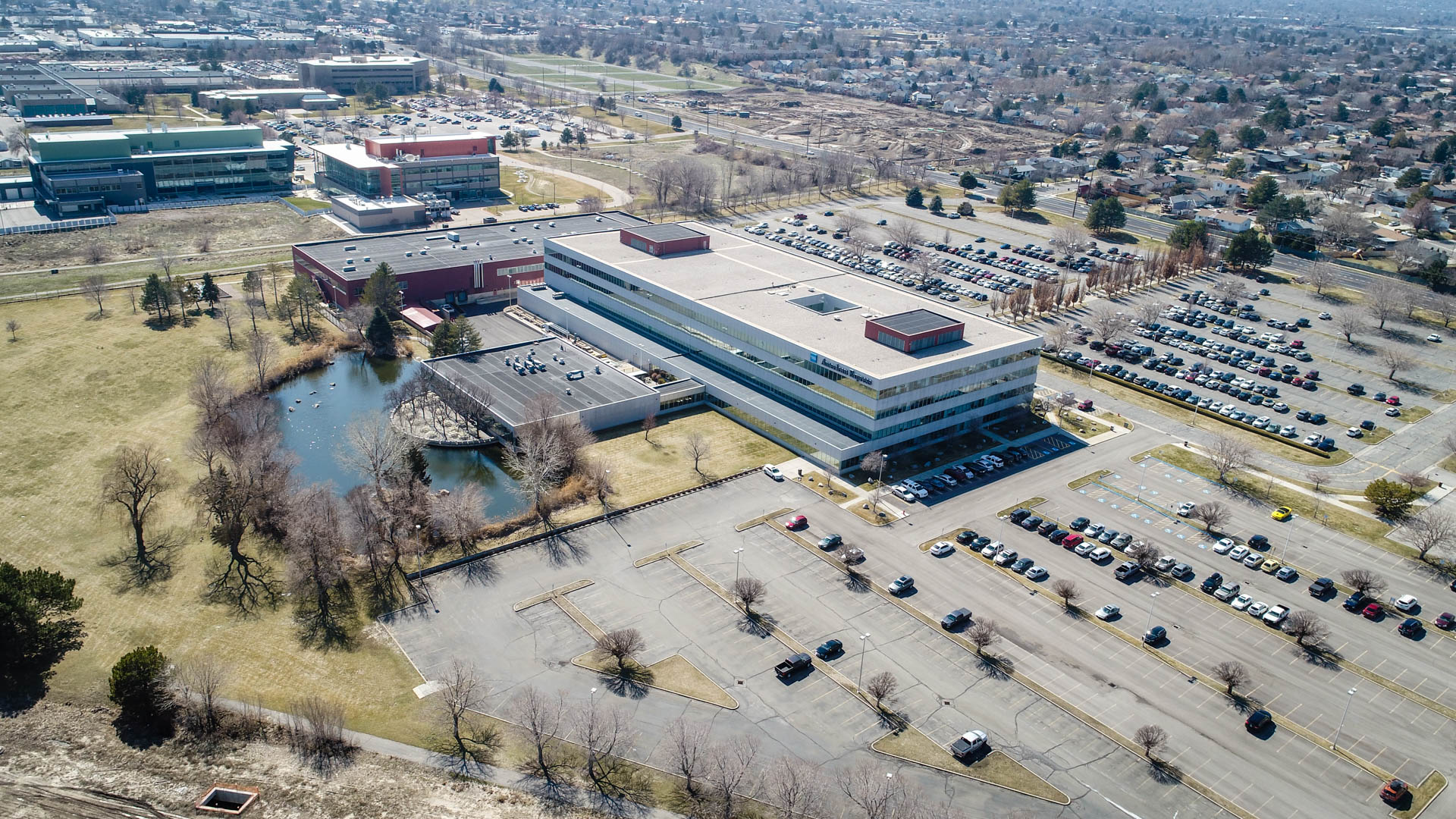 The first wave of employees are settling into their new State Office Building in Taylorsville.

Materials and technology were moved into the building on Jan. 23-24, and employees from the Utah Department of Administrative Services started working at the new space on Monday, Jan. 27.

The first employees to move into the newly renovated building at 4315 S. 2700 West include those from Administrative Rules, the state's Career Services Review Office, Utah Division of Facilities Construction and Management (DFCM), Finance, Fleet, Purchasing and Risk Management divisions, as well as Attorney General and Human Resources staff. 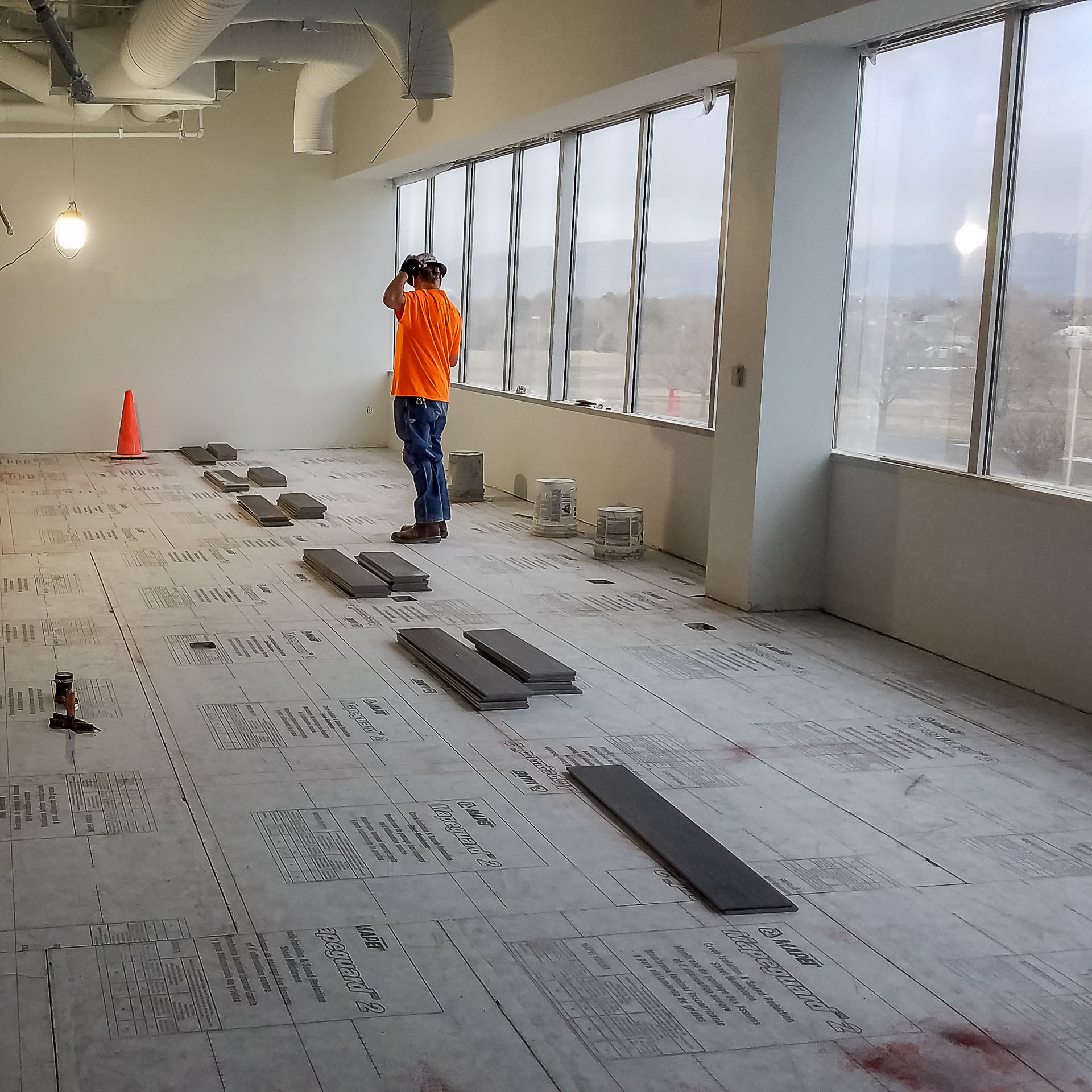 Overall, 1,500 state workers will make the newly renovated building on the former American Express campus their home away from home. Four hundred employees will be moving into the building during this first phase through the spring. Two additional move-in phases will follow, including the Utah Department of Agriculture, which will move from its current building at 350 N. Redwood Road into the Taylorsville space in the fall, and the Utah Department of Technology Services, which will move in at the end of the year through spring 2021.

In a recent news story, Fox-13 describes the new state office space as unlike any other government facility.

“It's brighter, with large glass windows and views of the Oquirrh and Wasatch mountain ranges. There are places for small conferences, and spaces for telecommuters,” according to the report. “It looks more like a tech company in Silicon Slopes than a government building.”

The new space has been customized to meet employees needs. According to the DFCM, 549 state employees were surveyed to gather input into the design elements incorporated into the State Office Building in Taylorsville. Twenty-five leaders also were interviewed, workshops were organized involving 120 state agency employees, and department steering teams were involved to further fine-tune the building's design.

"The State Office Building is a terrific opportunity to rethink and modernize our spaces. When finished, the building’s work environments will serve as a model for how we deliver space for locations all over the State," the agency states on the DFCM website.

The new space was needed because the current 60-year-old state office building on Capitol Hill is aging and vulnerable to earthquakes and because the complex suffers from parking shortages. The plan is to demolish the old building in 2021. 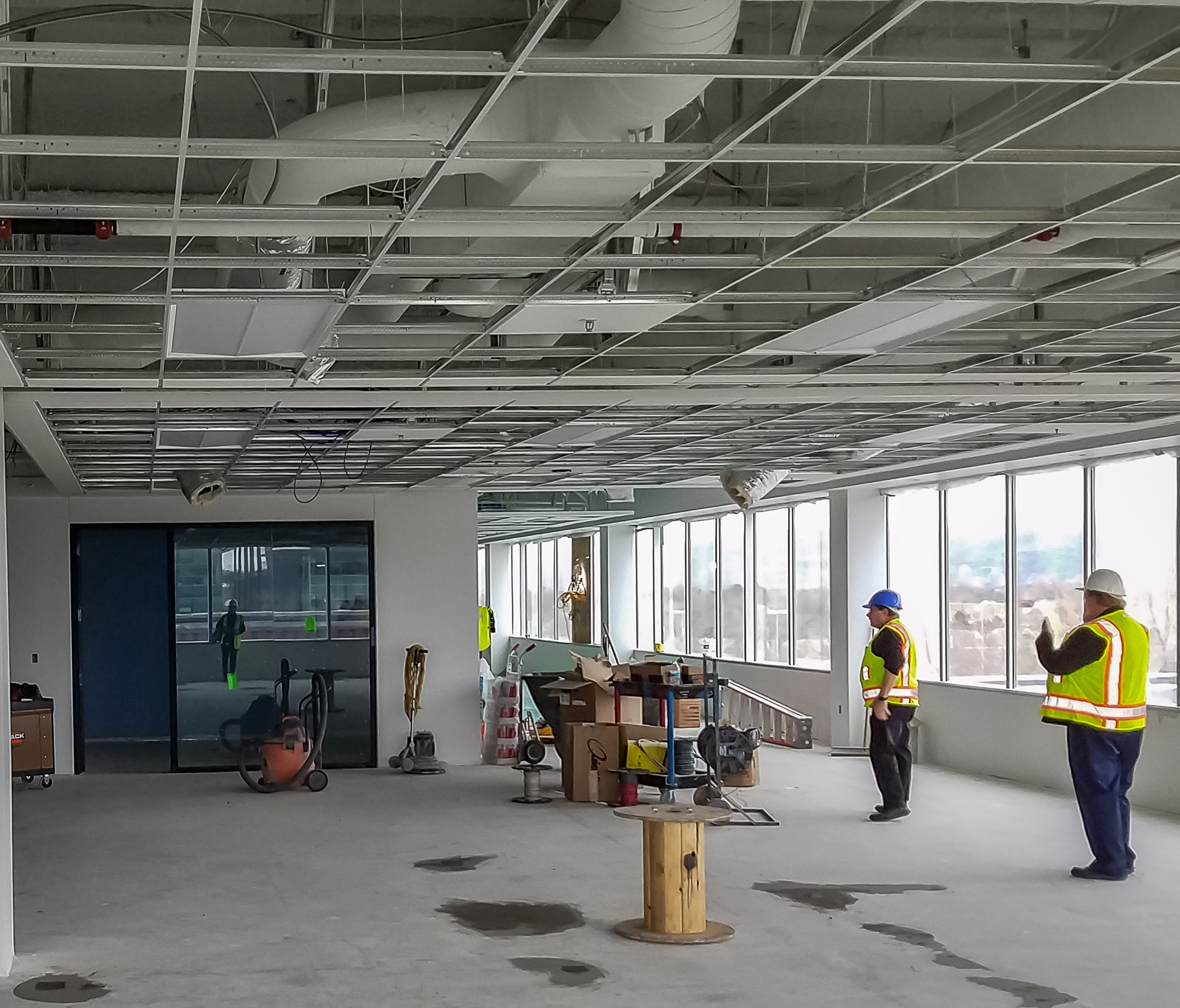 In all, there will be nearly 400,000 square feet for employees in the new Taylorsville space on 31 acres. The location is easily accessible, just off I-215, and a new transit stop near the building as well as the nearby Midvalley Connector Bus Rapid Transit line are coming.

Plans for the new space include a daycare on the first floor, large work spaces and room for collaboration. There are also plenty of restaurant options and businesses nearby.

"We are so happy to welcome the state employees to Taylorsville," said Mayor Kristie Overson. "We hope they will find our city inviting, accessible and with plenty to do and see. We are grateful for their contributions and all that they do to keep our state operating at the highest levels."

See additional details, including a video of the building's renovation on our Economic Development page. 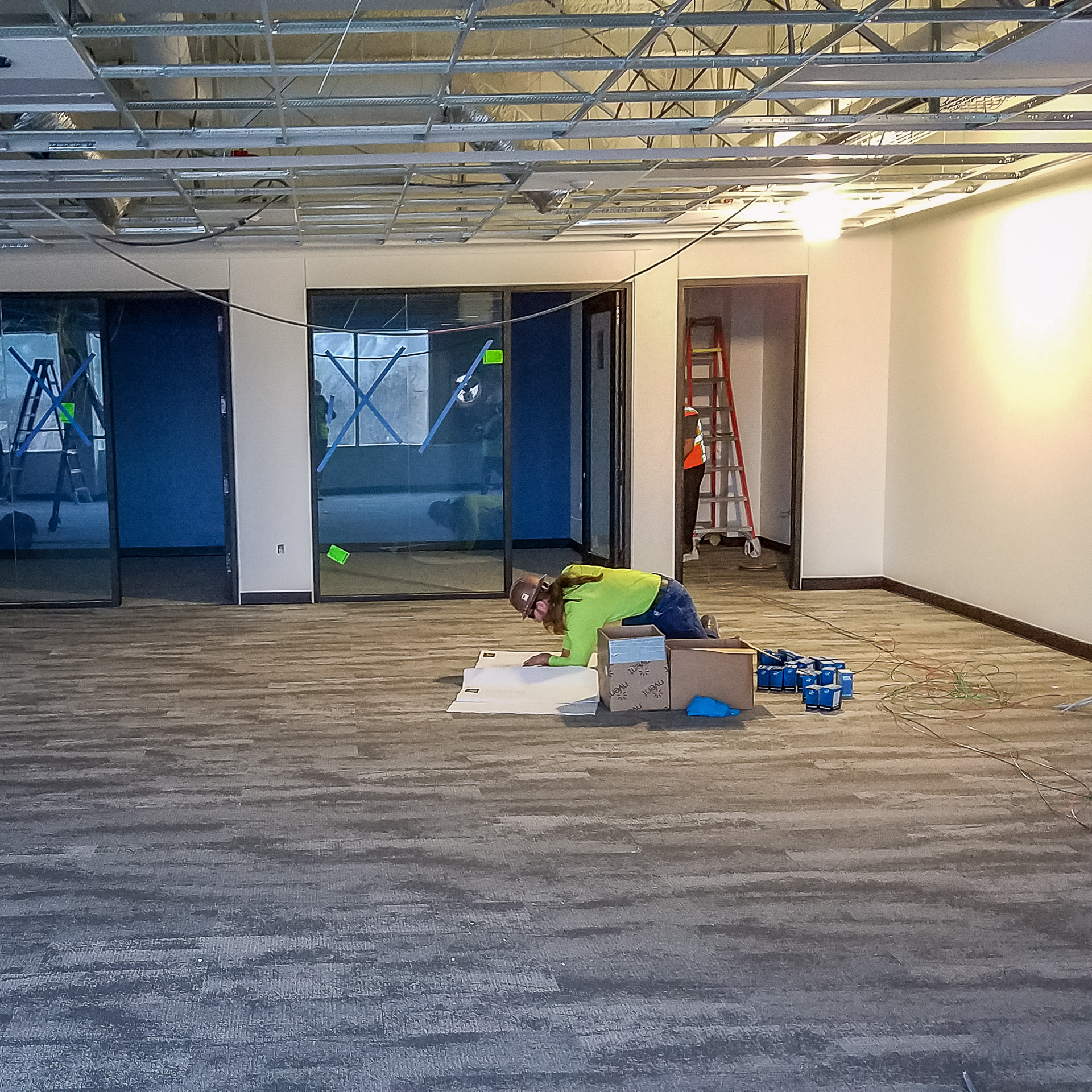 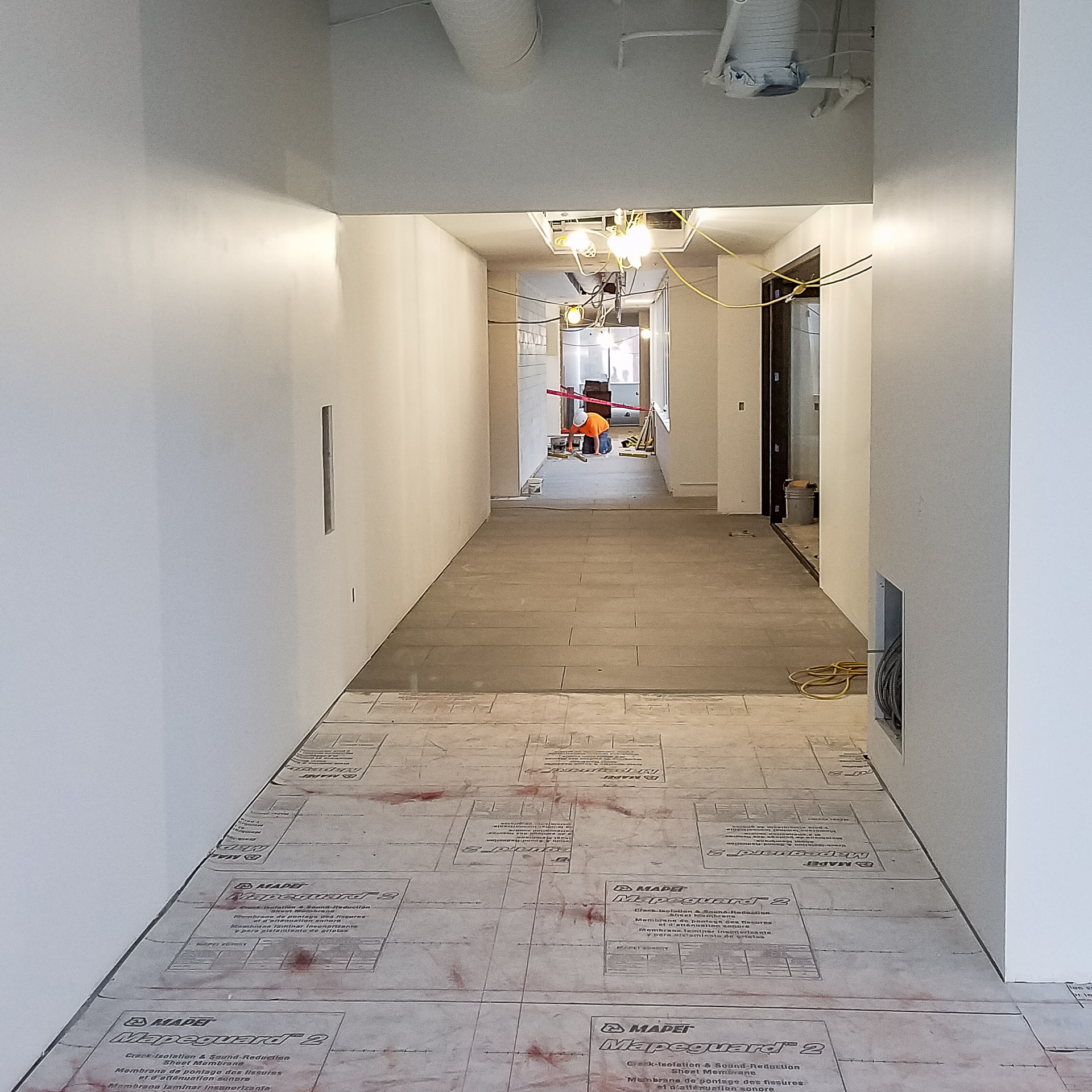