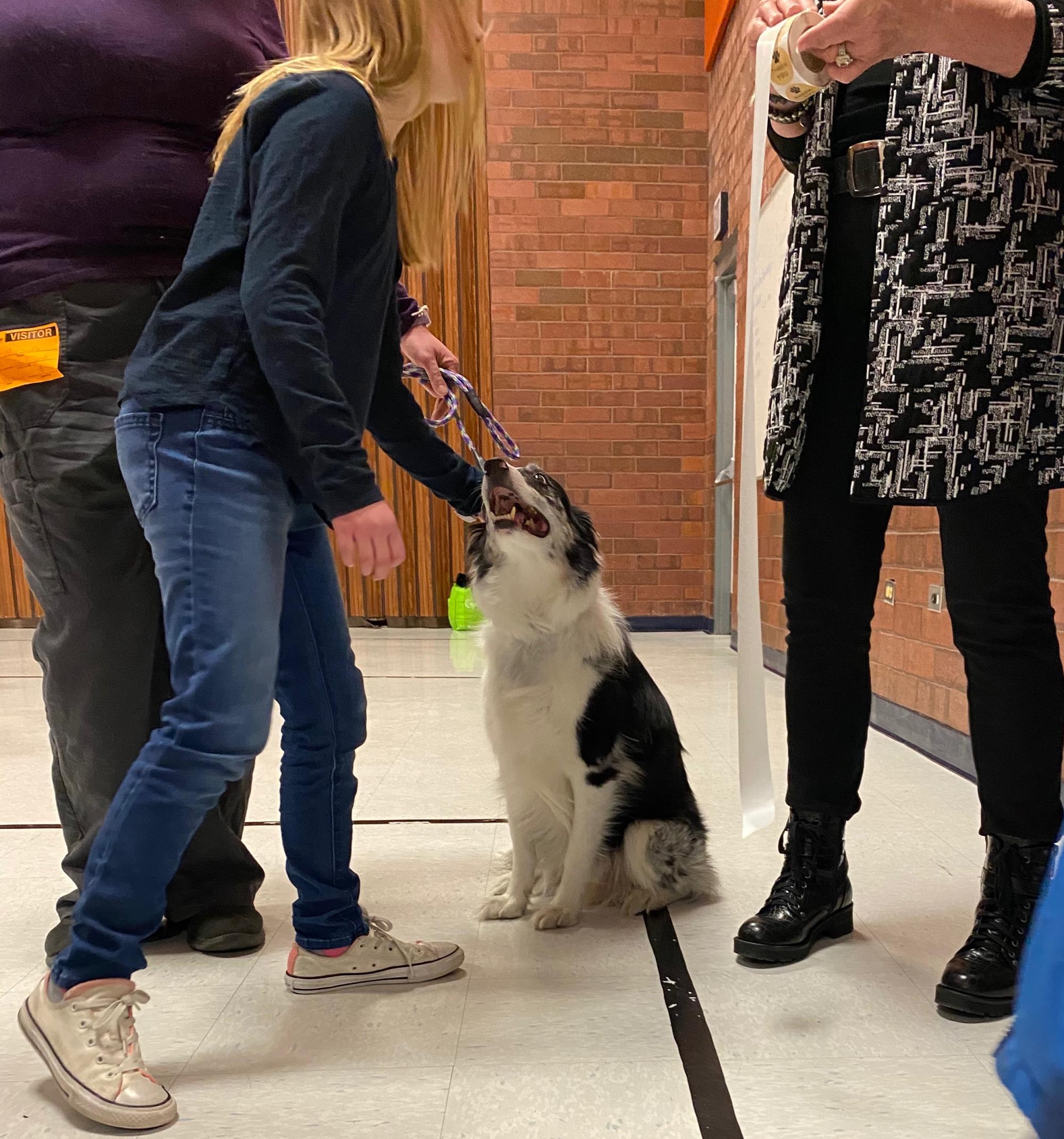 The service project was organized by representatives from the shelter, the Community Animal Welfare Society (CAWS) and Humane Society. Taylorsville City Mayor Kristie Overson also joined in, even helping the children make some of the toys, and a representative from First Lego League assisted a few of the older students in making an instructional video on caring for animals that was shown at the presentation.

"We are so appreciative of all the help," said Maranda Weathermon, director of Animal Services for Taylorsville and West Valley City, which manages the shelter. She explained to the children that the toys will help the animals at the shelter stay active and cut down on boredom.

She also brought her own pet, Hermes, to greet the elementary school children. She rescued the 8-year-old border collie from a shelter in Texas after he had been abandoned at a park. The dog sat patiently as children lined up to pet him and give him a pat on the head at the end of the service project before heading back to class. 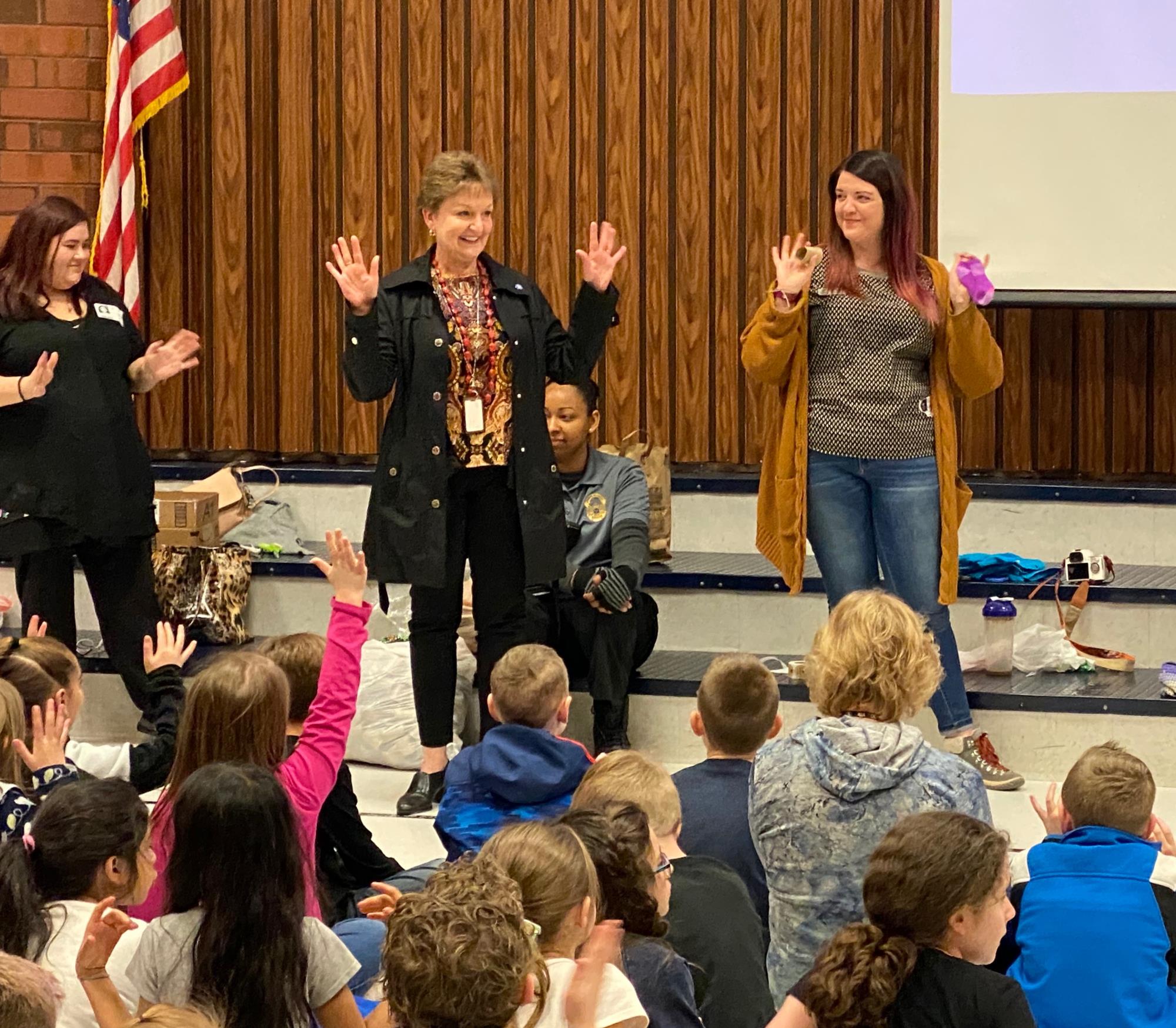 The service project was meant to provide a meaningful activity for the children while also being instructional, Weathermon said. "Anytime Animal Services is involved it's a fun project. It's also a great social service and way for children to know they can contribute and make a difference. After all, they really are the next leaders of the community."

"We are able to come up with solutions by working together," echoed Lynette Wendel, of the local volunteer rescue group CAWS, who brought the organizations together in spearheading the project.

Each class spent about 10 to 15 minutes in the school's gymnasium, making the toys throughout the day on Feb. 25. Children of all ages were involved, from kindergarten to sixth grade. The toys were crafted from water bottles, old socks, toilet paper rolls and jingle bells.

Mayor Overson commended the organizers for their efforts and thanked the children for all their help. "I am so impressed that an idea can be turned into a service project for the whole school," she said. "Listen, learn and do. The whole school is making a difference for the community and the animal shelter."