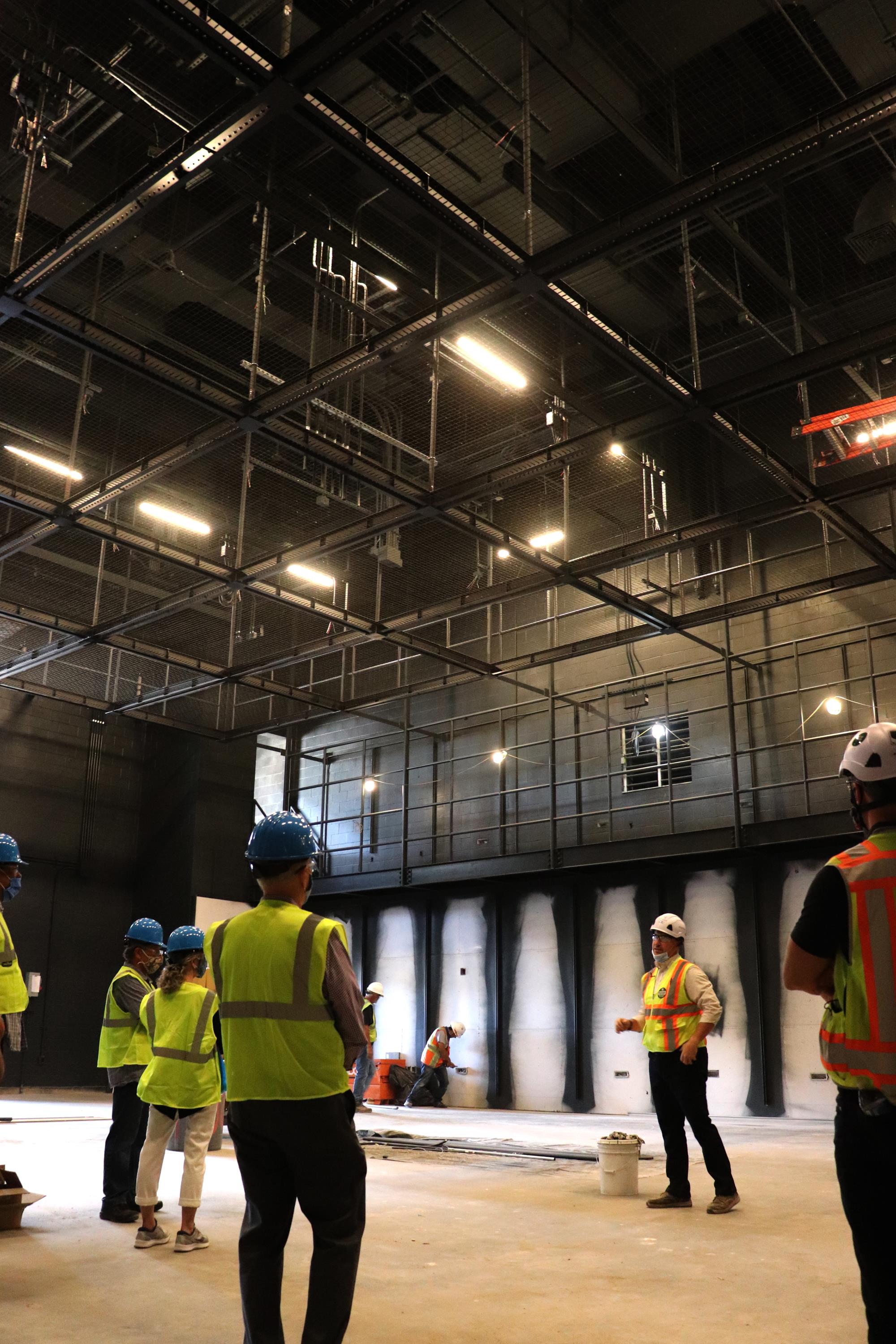 Every detail of the Mid-Valley Performing Arts Center was contemplated — from fold-out seating in the center's smaller 200-seat theater to a walkable tension grid for lighting, a "chair wagon" that will provide extra seating when the orchestra pit is not used and rehearsal space where flexible floors bounce like a ballet studio.

The construction of the new Performing Arts Center, which will be complete this fall, is thoughtful and contemporary, innovative and technical. "The work is remarkable," said Taylorsville Mayor Kristie Overson. "The center is coming together beautifully. It is even better than I could have imagined. Without question, the Mid-Valley Preforming Arts Center will be a jewel of our community, to be enjoyed by many generations."

Business leaders and government representatives toured construction of the center during the City of Taylorsville's Summer Summit on June 25. It is the second year that Taylorsville has held such a summit, which city leaders expect to make an annual tradition.

See a photo gallery of this year's event here.

Like last year, when the city outlined its 2020 Vision for the next decade, this year's Summer Summit created a chance to network and learn more about the happenings of the city. Those attending were able to gather information about the many projects underway in Taylorsville, including the Mid-Valley Performing Arts Center and City Center landscape design project that is in process and will bring the new arts enter and City Hall together into one community-centric space.

At this year's Summer Summit for business leaders, attendees were able to get a sneak peek of the arts center, as well as visit with city leaders and eat lunch at the Cupbop food truck that was parked in front of City Hall. Workers from the construction site and city employees also were invited to pick up a lunch provided by the city. 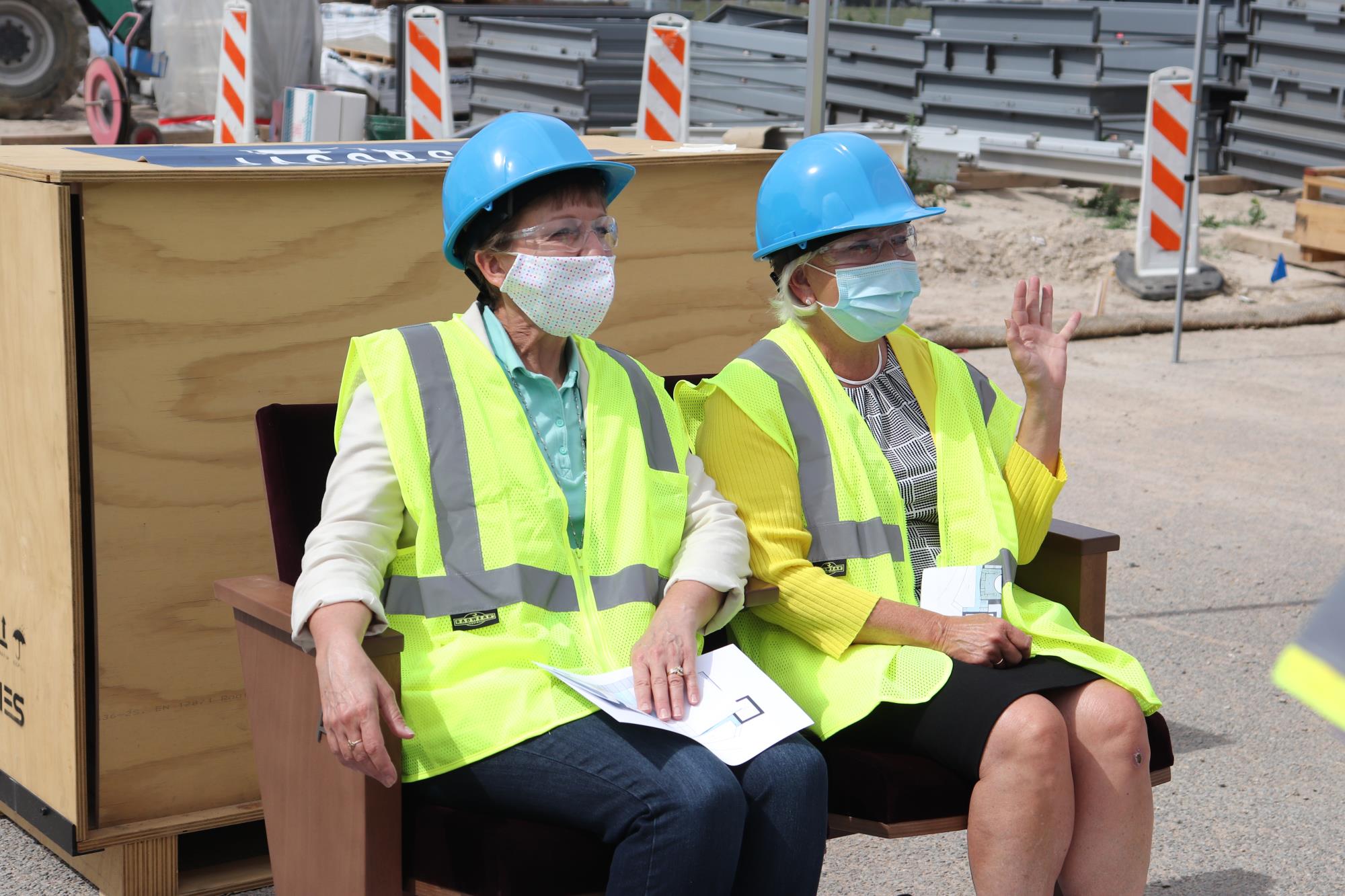 Members of the Youth Council checked in attendees and gave them safety gear to wear for the tours. Those attending could also "test drive" the velvet-covered seating that will be installed in the theater. Sample chairs were placed near the check-in where attendees could sit. Also placed there were photographs showing the progression of the construction and a display wall where attendees could view the theater's finishes up close.

General contractor Jacobsen Construction provided 20-minute tours of the center's "front and back of the house" from 10 a.m. to 2 p.m. for groups of about 15 people at a time. In one tour, attendees expressed "oohs and aahs" as they rounded a corner and entered the center's main 440-seat proscenium theater. "Amazing," one attendee exclaimed while taking in the expanse of the theaters balcony space and stage walls that rise 75 feet high.

"There is a strong demand in our community for high-quality performing arts space," said Doug Carley, Jacobsen Construction Project Manager, who led the tours along with Project Engineer Burke Peterson. "This venue will enrich people's quality of life for many decades to come." 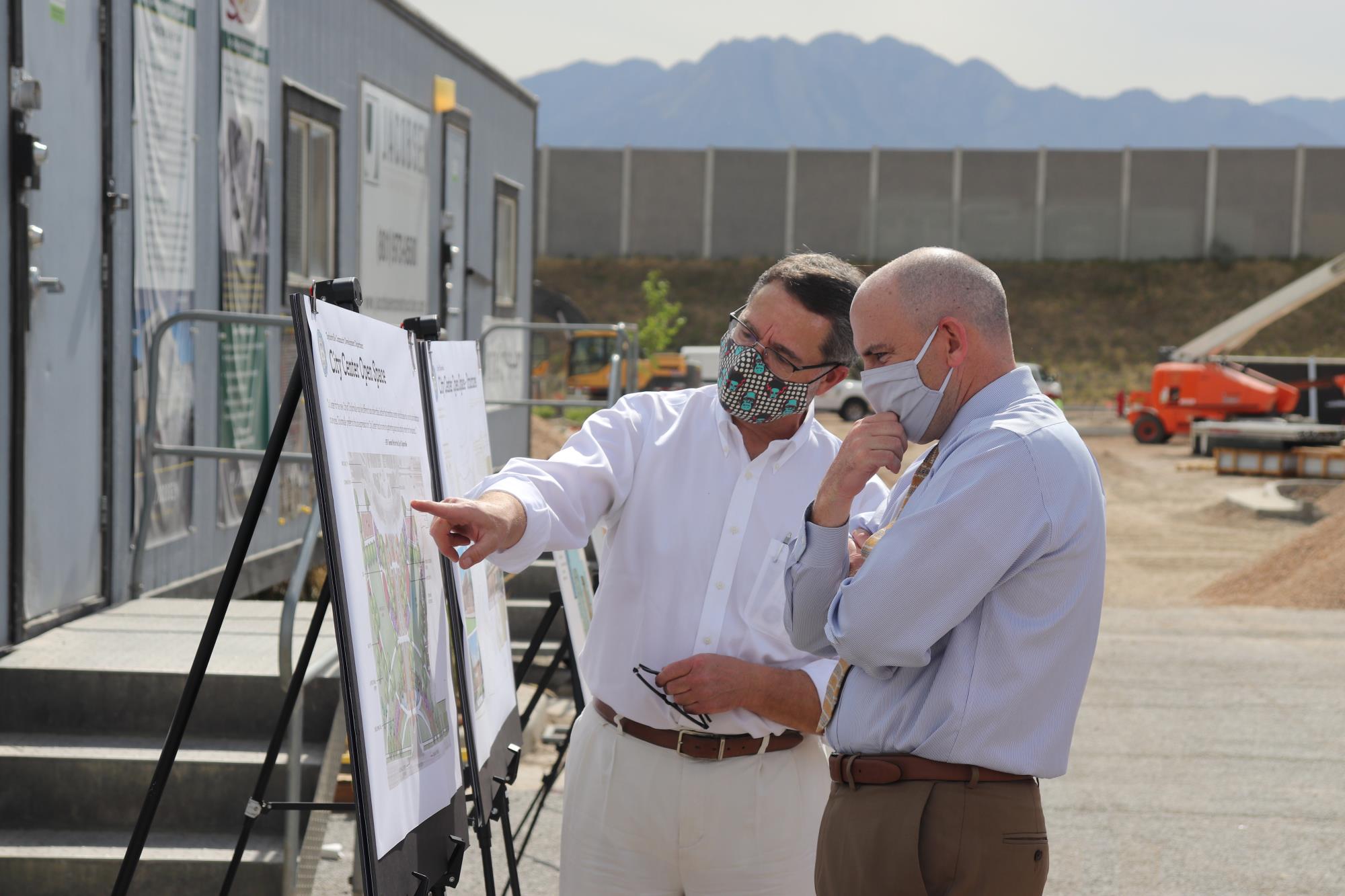 Carley and Peterson pointed out the contemporary finishes that will give the facility a modern look, the doors that will open from the lobby to the rehearsal space to allow an overflow space, the attachments for curtains in the rehearsal area that will help dampen noise, the pulley systems that will control backdrops and lighting, the deep orchestra pit, the loading dock and wide hallways that can accommodate stage props.

The large slab of concrete for the lobby area was expected to be poured the first week of July. By the first part of August, the scaffolding will come down and the duct work will begin. "From there, we're off to the races," Carley said.

Construction of the 72,000-square-foot center began in January 2019, and it is expected to be mostly complete around Thanksgiving, with the first public performance expected in December or January. 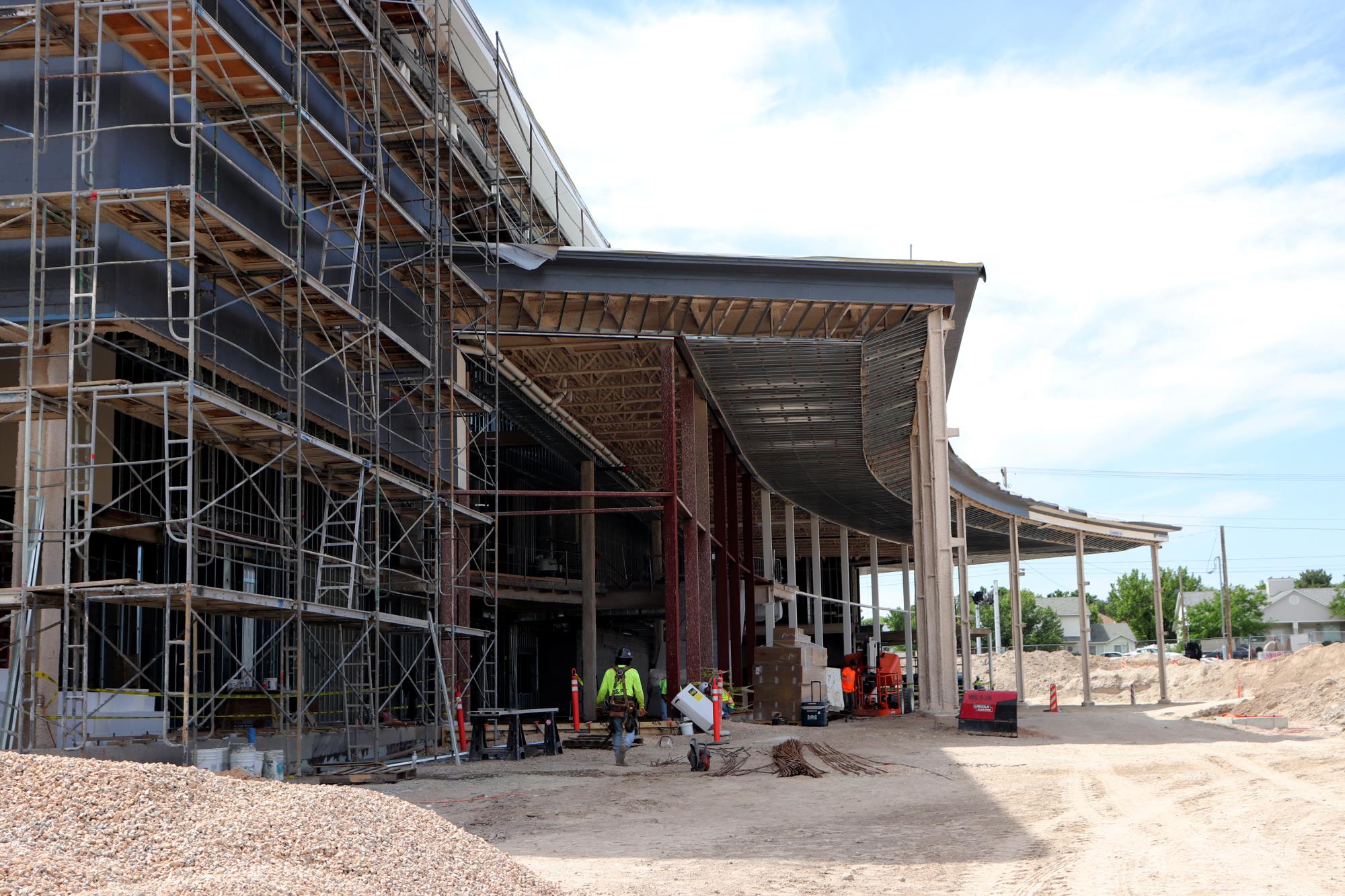