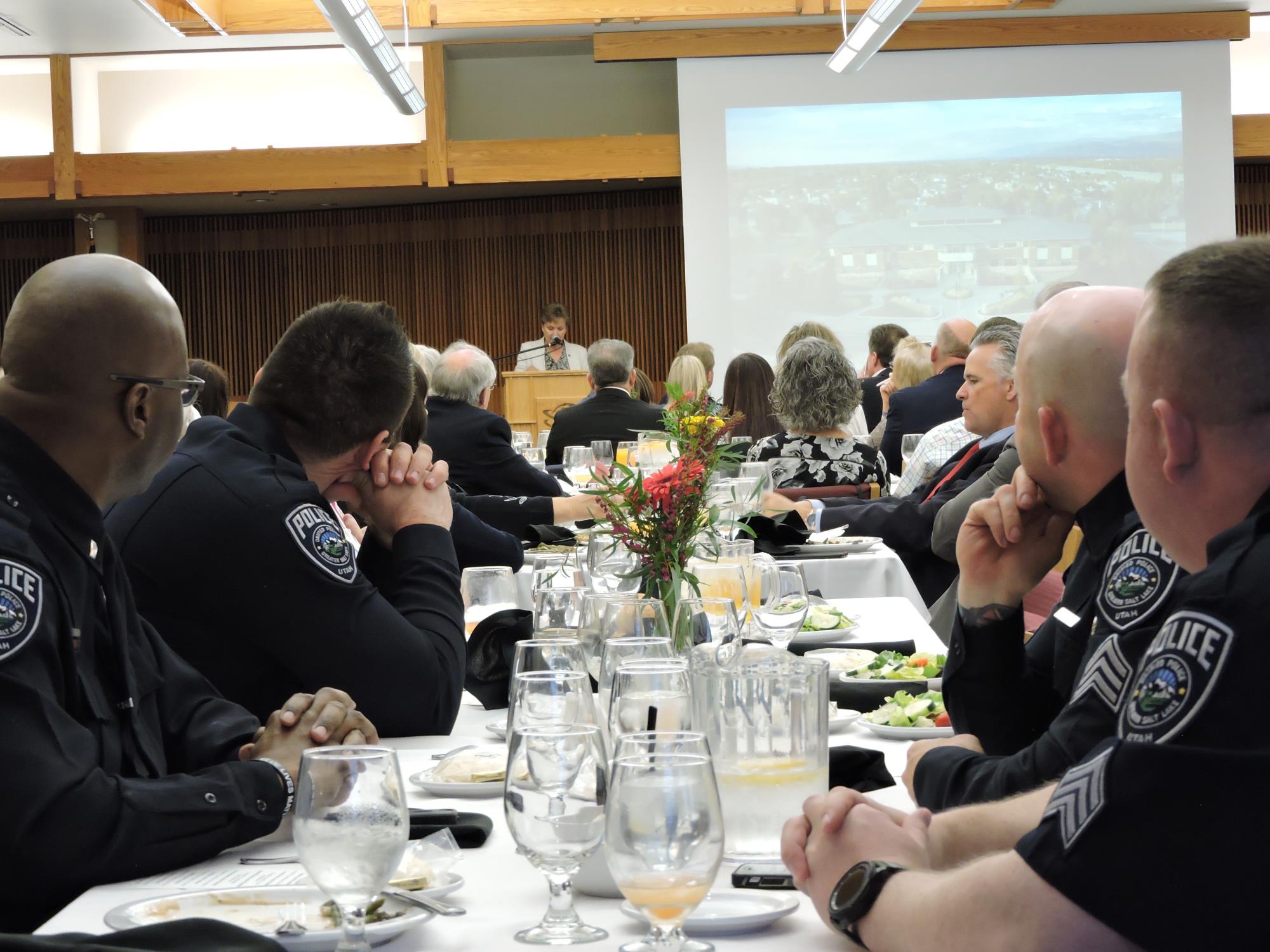 The City held its 23rd annual Awards Banquet on Tuesday, April 2, where Mayor Kristie Overson presented the 2019 State of the City Address and seven awards were bestowed in recognition of excellence.

Mayor Overson’s State of the City, titled “By the Numbers,” incorporated both fun facts and significant numbers defining Taylorsville. For instance, did you know that Taylorsville’s median age is 33.3 and that 63 percent of employees in Taylorsville work in professional fields? In all, there are more than 17,600 employees working in Taylorsville at more than 1,000 businesses.

“Our community is safe and prosperous,” Mayor Overson said. “It is a beautiful place to recreate and spend time. I love Taylorsville, and can confidently tell you as Mayor that our future is bright. I only see Taylorsville continuing to flourish.”

Awards were presented to the following: