No Age Limit at 5K John D. Cahill is 95 years old and still running. He has competed in hundreds of 5Ks and marathons since taking up running in his younger years  — at age 62 — and entered the Taylorsville Dayzz 5K for the first time this year.

Finishing with a time of 1:11:03.6, Cahill counts the Taylorsville Dayzz race as a success. "I had two goals: My first goal was to get to the start line on time and the second was to finish before dark. So I reached my goals in Taylorsville," he said with a laugh.

Cahill has been running for the past 33 years, starting in an effort to lose a little weight. He was driving to Mexico to study Spanish with the University of Utah and brought a pair of running shoes. By the time he returned to Utah, he had dropped the 20 pounds and entered his first run, the Deseret News 5K on Pioneer Day, July 24, 1986. 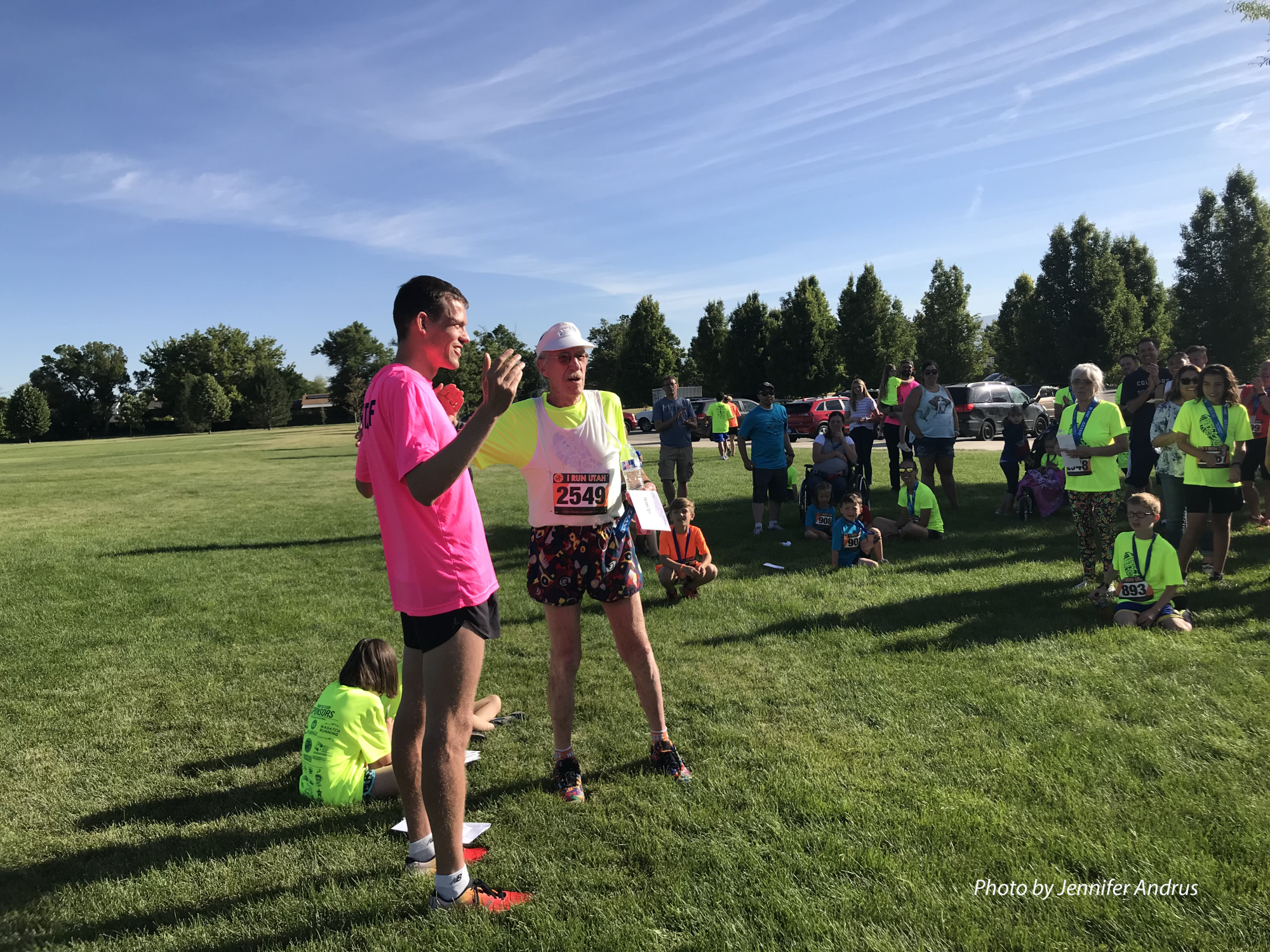 "I found out that for an old guy, I was good. Then my ego kicked in," he said. "I started running races after that and I kept going."

He ran his first marathon at age 65. It was the St. George Marathon and he finished in a time of 3:04, lowering his group's record by 40 minutes. Over the years, he was competing in 40 to 45 races a year. While he still runs several 5Ks a year, back problems forced him to scale back on his rigorous schedule. He competed in his last marathon at age 84, also the St. George Marathon, finishing in a time of 5:20. "(St. George) was my first and my last marathon," he said.

Four years ago, Cahill lost the cartilage in his left knee. "Now, I walk and jog," he said. "I still like to participate." He continues to enter the races to stay in shape and because he enjoys them as social events.

"Running has kept me alive," he said. "I truly owe my long life to running and to my mother who lived to be 101." Of the Taylorsville Dayzz race, Cahill said he enjoyed the course and plans to return next year. "You bet. The races in these small suburbs are really a lot of fun," and it started on time, which is always a plus, he said. "As long as I can keep moving, I'll come to those races."

A few days after the Taylorsville Dayzz 5K on June 29, Cahill participated in the Murray 5K on the Fourth of July with his son, who is also a runner. Cahill has nine children, including seven sons and two daughters. Five of his sons and one daughter are runners.

In other aspects of his life, Cahill practiced law for 26 years before he "decided to get an honest job and go into the hotel business." He lives in Salt Lake City, about two blocks from the U.

He plans to continue to keep running for at least several more years. After all, he has a stock of race jerseys he purchased, each with a number on the back, representing his age for that year, and the words "and still movin." 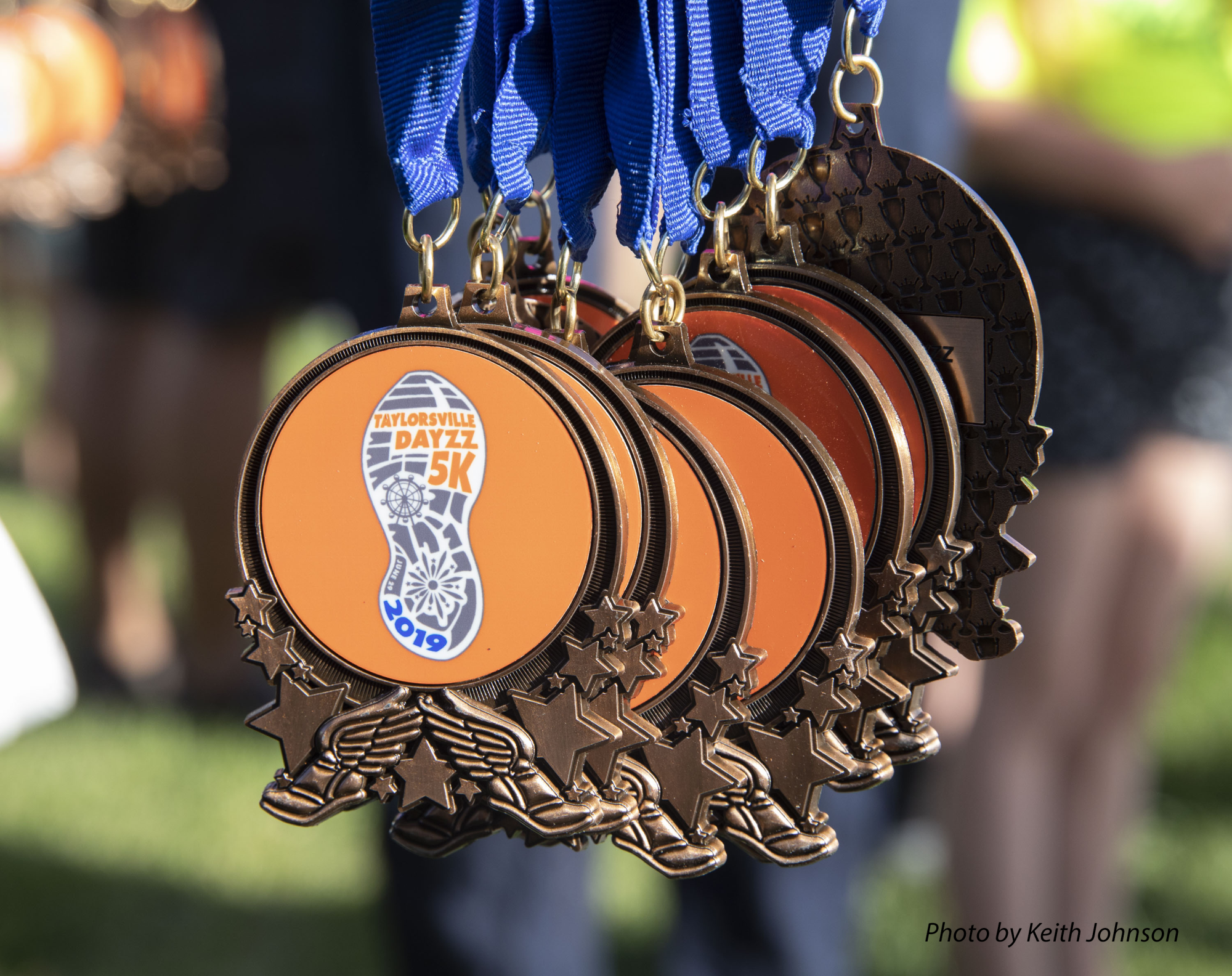 A total 323 runners participated in the 2019 Taylorsville Dayzz 5K.

See this year's results by clicking on Taylorsville Dayzz 5K and Kids Run under recent races.

View pictures of the race by Mardel Photography and Design.