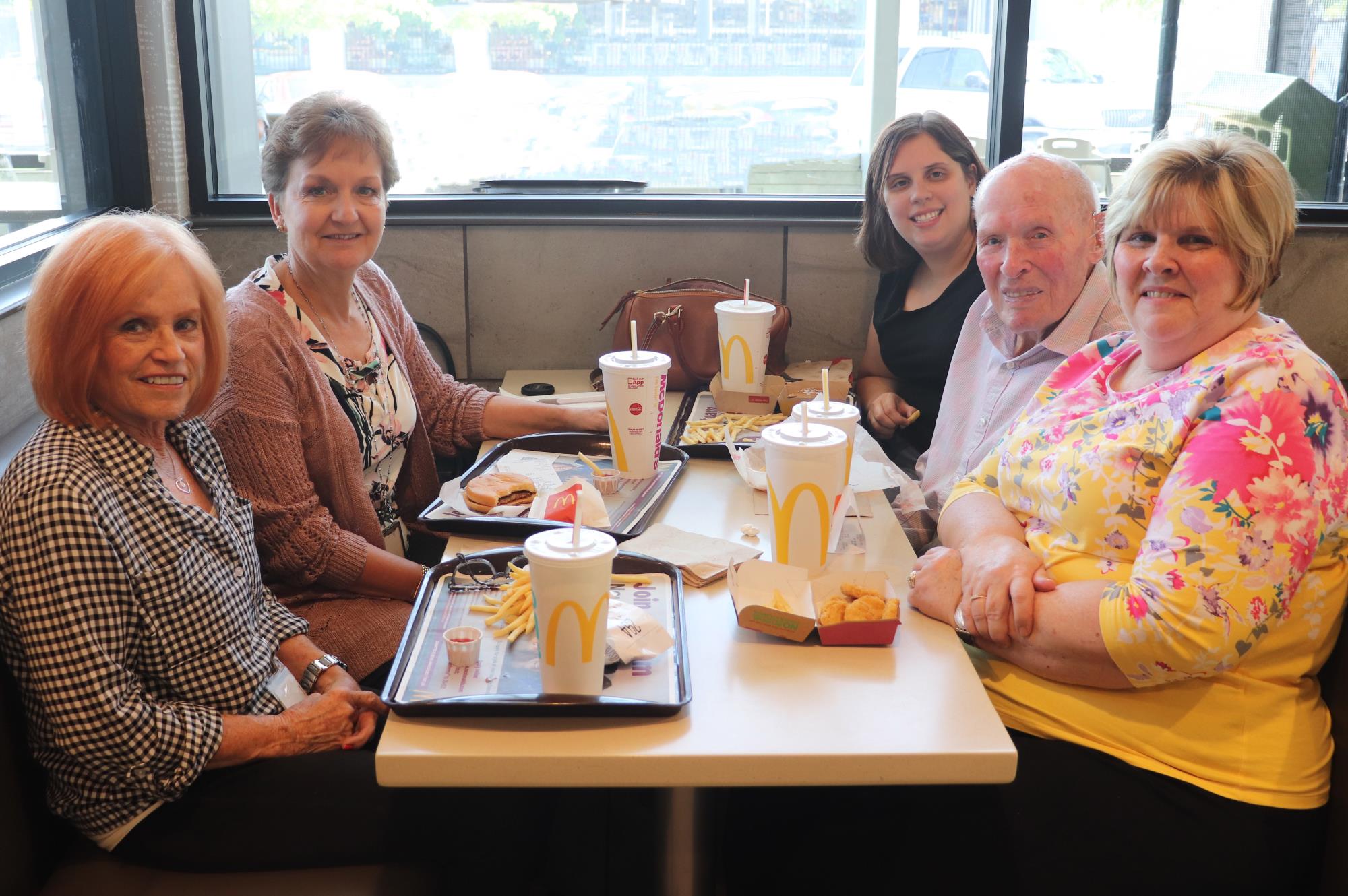 When Richard Thorley Stucki of Taylorsville marked his 101st birthday this summer, city employees, a local restaurant, family, friends — even the mayor and governor — all celebrated with him.

“He has lived a long life full of service and adventure,” says his daughter Marilyn Hixson, “and I’m lucky to be along for the ride.”

Mr. Stucki was a resident of Cedar City for many years where he also grew up as the oldest of four children, including three sisters whom he has all outlived. He moved to Taylorsville about five years ago, and every Wednesday he and his daughter venture to the McDonald’s on Redwood Road for his favorite lunch — a McDouble hamburger, Diet Coke and french fries. The employees at the restaurant know him as a regular and always greet him with a friendly, “Hi Grandpa.” 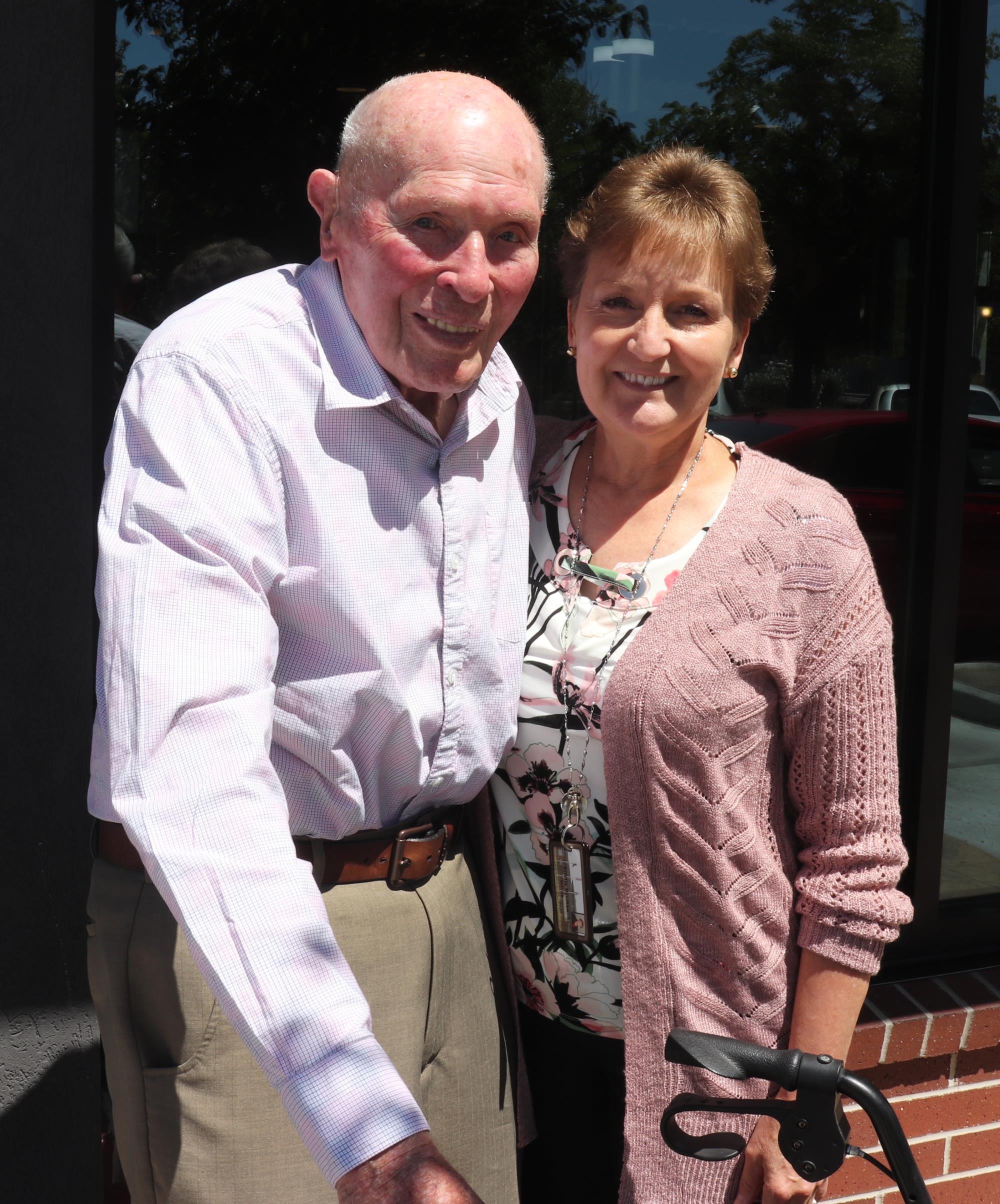 Taylorsville Mayor Kristie Overson and a couple of city employees met him, his daughter and granddaughter, Jamie Hixson, there on a recent Wednesday to congratulate him on his milestone birthday and learn more about his long life. “It was a pleasure,” said Mayor Overson. “He and his family are simply delightful.”

Mr. Stucki, who is the oldest surviving City Council Member in Cedar City where he served for eight years, even offered some wisdom to the Mayor. “Everybody, whether they argue in a meeting or not, they must stay friends,” he said to Mayor Overson, who agreed that was very good advice.

He recalled that while serving on the Cedar City Council, one woman was adamant that a barber school be allowed in the city but the zoning would not allow it. “She let us have it,” Mr. Stucki said with a laugh. “But most of it was good. We doubled the water supply and got the airport expanded.”

He also served for 52 years in the Lion’s Club and never missed a meeting. “I really liked the camaraderie and things we accomplished for the city. We built several patios and parks in the canyons.” The club sold hamburgers for a dollar to raise money, but his grandkids literally ate into the profits because he gave away the food to them for free.

Mr. Stucki, who was to be honored by Gov. Gary Herbert among the state’s centenarians at a luncheon on Aug. 20., turned 101 on July 19. Among the highlights of his life, he was a B-17 pilot instructor with the Air Force, where he flew for 3½ years and served for five at Hobbs Army Airfield in New Mexico. “He’s often remarked that flying at the hands of his students was more harrowing than flying a combat mission,” his daughter said. He had joined the National Guard in Cedar City at age 22, just before the attack on Pearl Harbor. 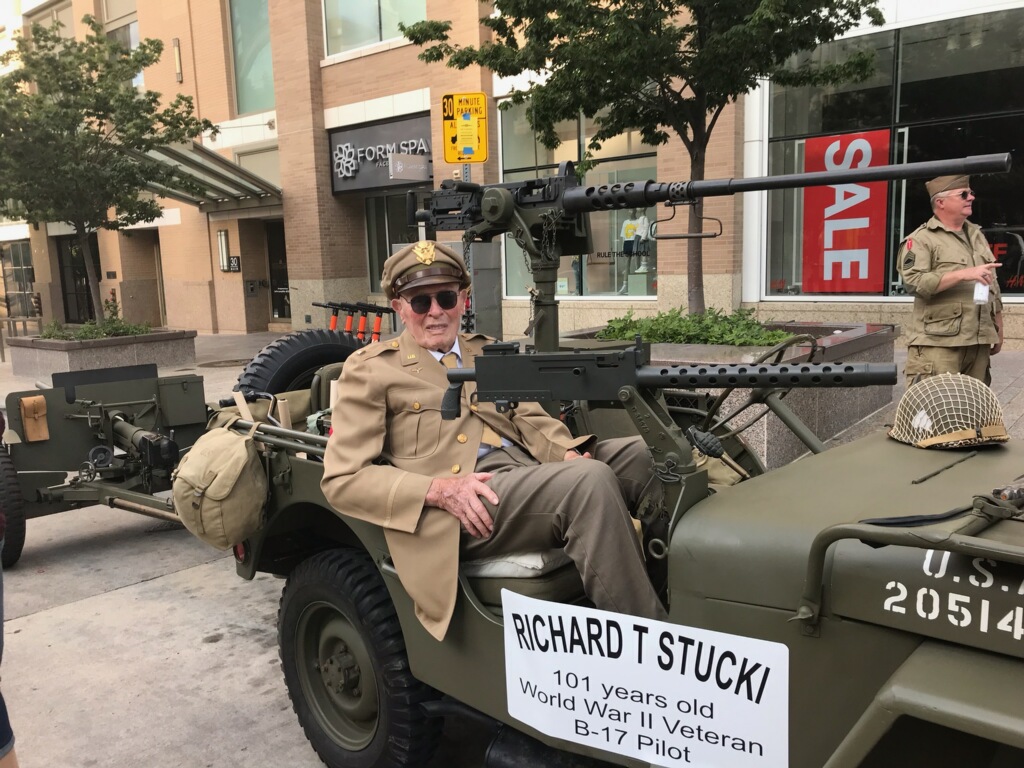 He wore his military uniform and rode in a restored World War II jeep in the Days of ’47 Parade to mark his 100th birthday last year and again this summer for his 101st. The Liberty Bell Foundation also took him up in a B-17 in April 2018, and the Veterans Honor Flight organization flew him to Washington, D.C., to see the monuments in 2015. His name and picture are part of the World War II Memorial. Mr. Stucki piloted a small plane again at age 95 after friends took him flying in theirs in Cedar City. “It was a lot easier to fly than a B-17,” he said.

See a photo gallery of some of the eventful days here.

Mr. Stucki has two daughters, five grandchildren and 11 great-grandchildren. He and his wife, Gwen, who passed away in 2016 at age 96, met on a blind date. She was a school teacher, and they were married for 69 years. After his military service, Mr. Stucki returned to Cedar City where he owned a car dealership and repair shop, and he and Gwen raised their family.

To mark his birthday, Mayor Overson gave him a Taylorsville hat and a coin, as well as a card signed by all the employees at City Hall. He was also surprised with a cake from McDonald’s employees when he came in for his weekly Wednesday lunch.

The secret to his long life, he said, is simple: “Wake up every day!”