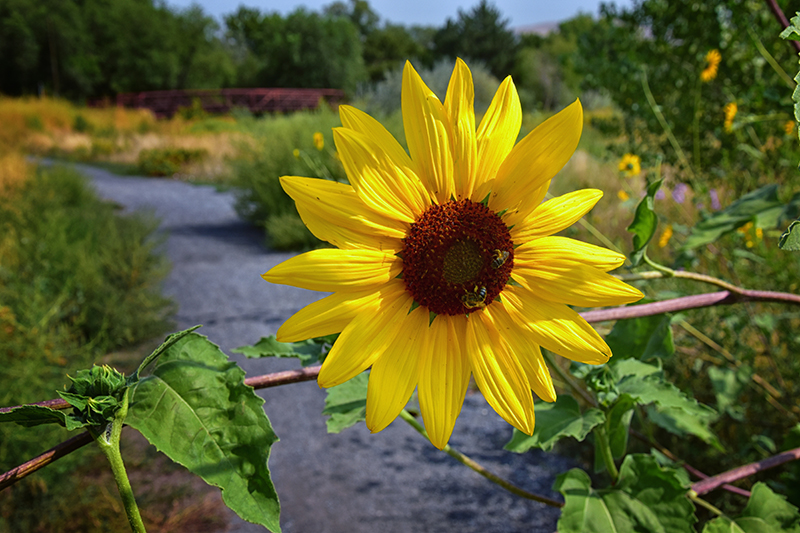 Eventually, all things merge into one, and a river runs through it. —Norman Mclean

In a bustling suburban city of 60,000 people and 1,000 businesses, it is easy to find quiet respite in Taylorsville. All you need do is take a walk down by the banks of the Jordan River to soak in the sounds of the calm water babbling by, the birds happily warbling and the quiet serenity of nature tucked a world apart from the busy day-to-day.

“It is truly a gem in our city,” said Mayor Kristie Overson. “It is such a wonderful place — a relief, a beautiful reprieve of serenity and peace.”

The Jordan River flows over 50 miles from Utah Lake north to the Great Salt Lake wetlands, according to the Jordan River Foundation, a nonprofit organization established in 1979 to assist state and local government in establishing a public parkway along the river. The headwaters at Utah Lake along with springs and mountain tributaries feed the river throughout its corridor. The river flows through Utah, Salt Lake and Davis counties, and 15 cities.

Recognizing this invaluable asset, Taylorsville leaders have made the city’s portion of the Jordan River, including cleanup and preservation, a priority. 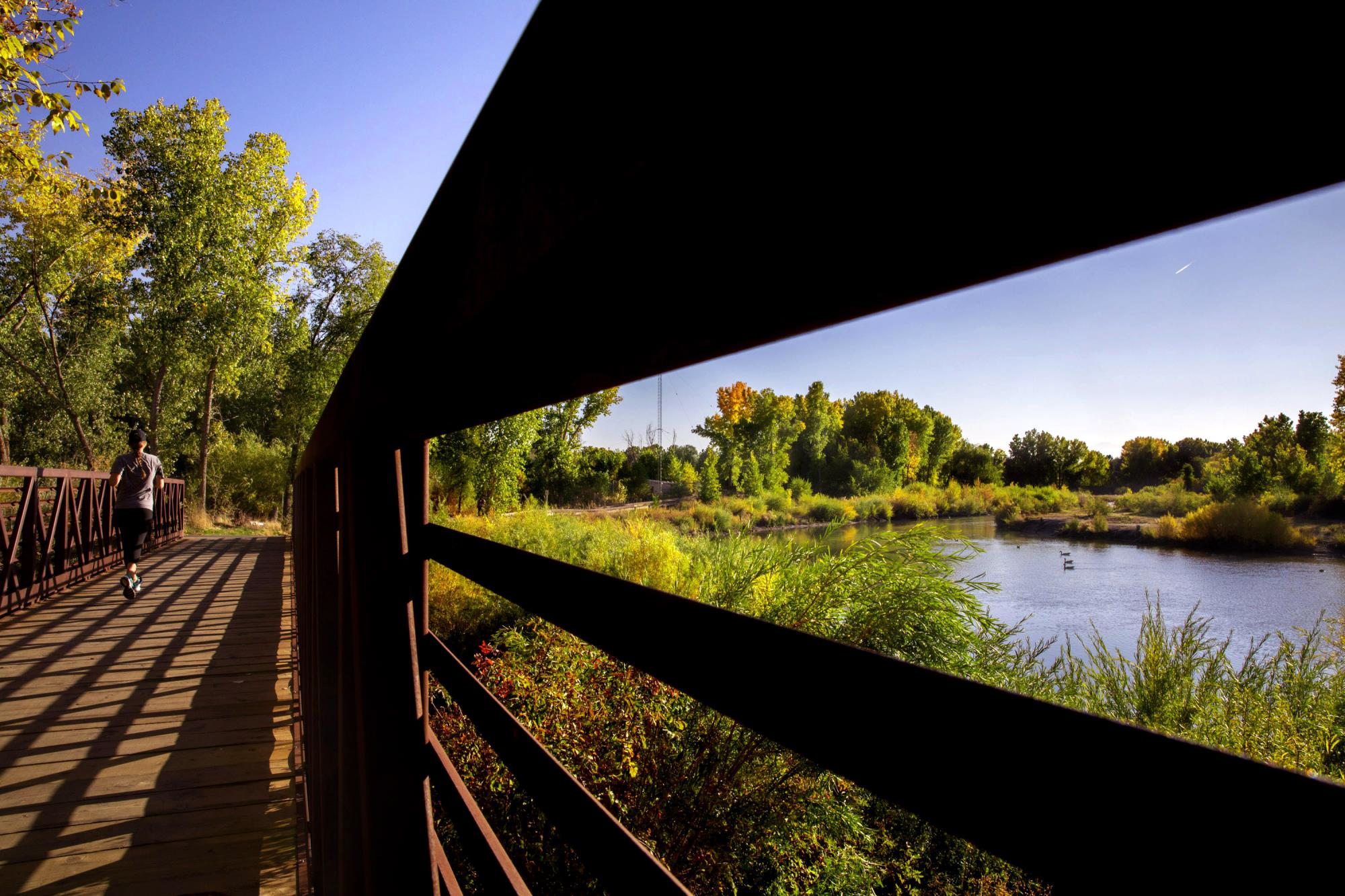 They have been working with multiple stakeholders to secure resources and stress its importance, to improve the environment and make the river parkway even better.

With assistance from Salt Lake County, the city has led a large clean-up effort along its banks, including grading, trash removal, clearing invasive weeds from the area and pruning overgrown vegetation. The city is working with private property owners to remove grass and rubbish and open up the space that borders the river parkway.

Volunteers also have focused efforts on making the river an inviting place. The Taylorsville Youth Council alone, planted 60 oak trees this past fall at Little Confluence Park, and the Taylorsville Parks and Recreation Committee, as well as city employees who volunteered with ChamberWest, all worked to plant dozens more. In addition, Taylorsville leaders are supporting efforts by Salt Lake County to build a new regional Jordan River Park that will include Tracy Aviary, and the city secured funding during this last session of the Utah Legislature for additional river improvements and cleanup.

“We’ve made amazing progress,” Mayor Overson said. “It is our goal to be very proactive along the Parkway. I invite you to walk down there and see how it’s been opened up with the grading and clearing of invasive weeds — to actually walk it and see all the land and habitat. It’s amazing, just amazing.”

The city continues to meet with private property owners and maintains a positive, open dialogue regarding ongoing cleanup.

Recent efforts have focused particularly along the river at about 4100 South. This past month, too, Salt Lake County’s Parks and Recreation Planning Department held a series of open houses seeking input in the drafting of a master plan to guide long-term development and improved safety of the Jordan River as a water recreation amenity. It is part of the county’s Jordan River Water Trail project, which aims to create a series of formal boat access points along the river that are safer and more functional for paddlers. 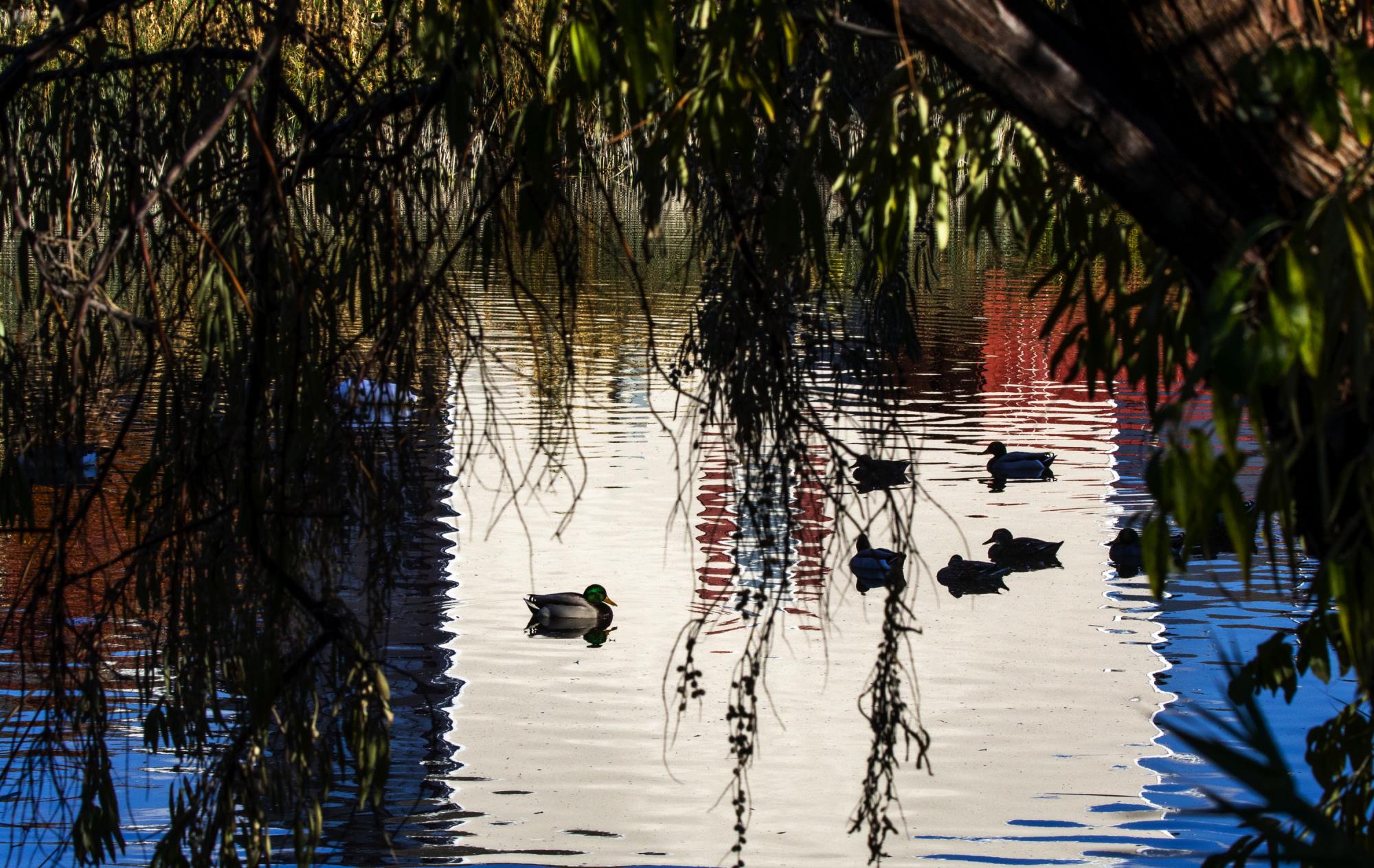 “We considered proposals focusing on the waterway, formal trails and both passive and active use areas, balancing aesthetics and natural elements including habitats, river flow, wetlands and wildlife,” said Mayor Overson, who was among the jurists charged with selecting the idea that best met the criteria of activation, connectivity, recreation, conservation and economic prosperity.

“With the many people and organizations all working together toward one common purpose, there is nothing we can’t do,” Mayor Overson said, “and the betterment of the Jordan River is such a worthy goal. It is critical that we preserve and protect this important corridor as the priceless community resource it is.” 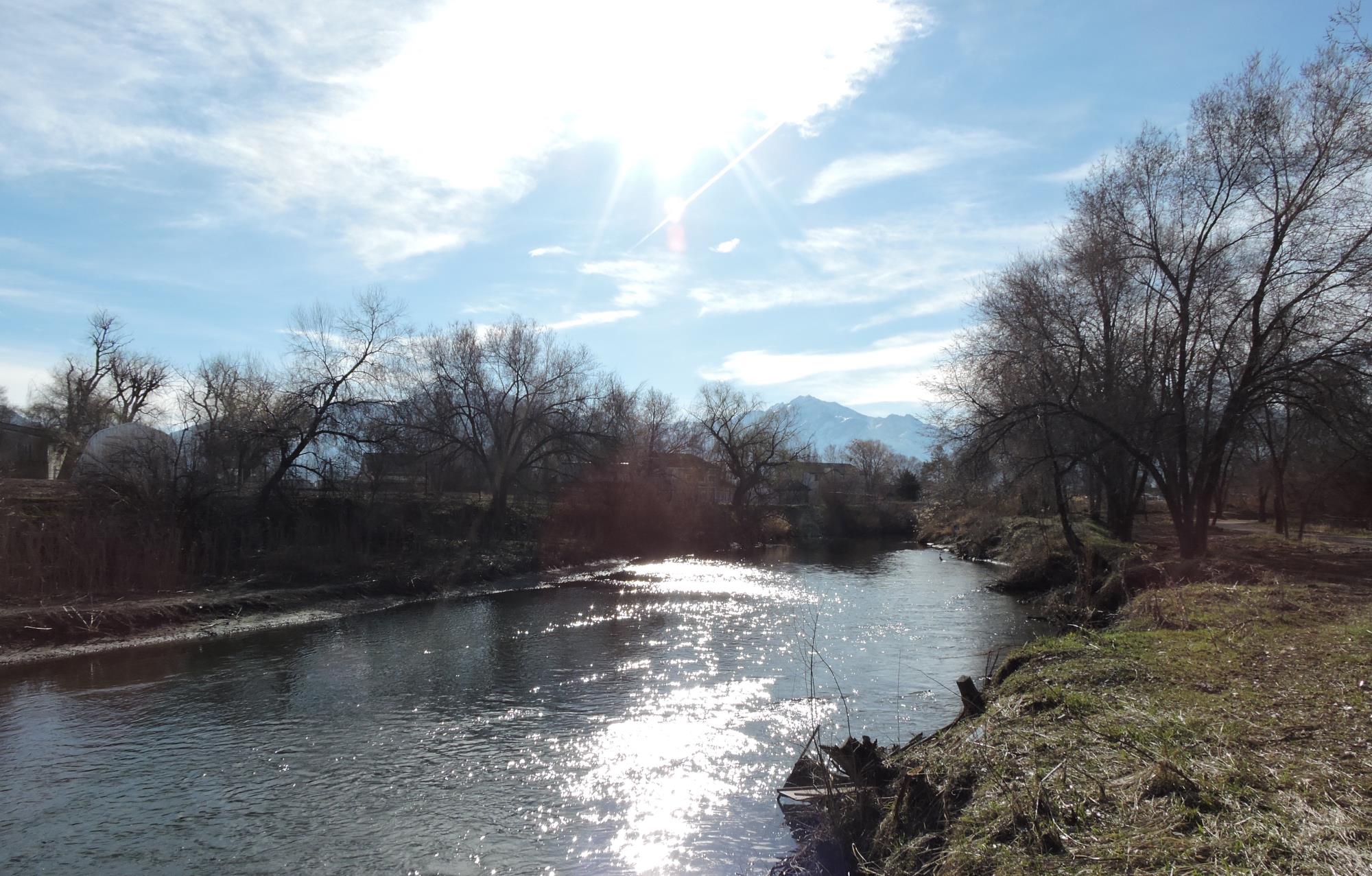 For its part, Taylorsville’s Unified Police Department Precinct has assigned six officers to its Bicycle Unit who patrol the river almost every day. “We definitely have increased patrols by the river,” said Det. Scott Lloyd. “We have been able to take advantage of some legislative money to help us out on additional patrolling.” And the state Health Department has provided UPD with resources for cleanup and new signage, indicating park hours and the probation of camping along the river, he said.

The Utah Legislature also provided assistance this year with the passage of HB123 Jordan River Recreation Area Amendments, which Taylorsville Sen. Wayne Harper helped sponsor. When the Jordan River Recreation Area was established in 2018, it was understood that amendments would be needed for fine-tuning as the program was implemented. The legislation established a so-called "Zone," defined as the area 250 yards on each side or the Jordan River from the edge of the river between SR-201 and 4430 South. The “Zone” is the area in which funding can be expended for maintenance, removal of invasive species and revegetation, construction of paved pathways, law enforcement and other enhancements.

HB123 extended the “Zone” in Taylorsville from 4430 South to 4800 South making this area eligible for the funding for programs to enhance the Parkway. The legislation includes a one-time appropriation of $500,000 and ongoing funding of $100,000 annually.

“This will create the opportunity for walking, biking and enjoyment of this natural refuge from urban development,” Mayor Overson said. “As we continue to focus on the Jordan River, it is my hope that even more people discover this cherished ribbon that runs through our Taylorsville home.”